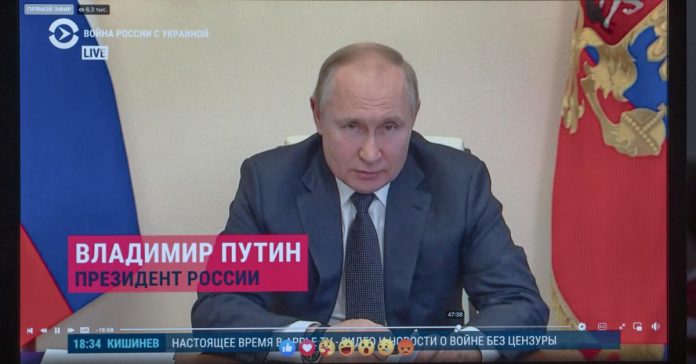 During a live-streamed meeting with the Russian government, the Russian president launched a scathing attack on the West as well as “the Russians who make their money here”. [nous] But who lives there?

So Vladimir warned the Russians, whom he called traitors, saying that the West wanted to try to use them as a “fifth pillar” to destroy the country. According to him, there are Russians who are more attached to the West than to Russia, adding that the Russian people will quickly learn how to differentiate between traitors and patriots.

The statements came during a Russian government meeting to discuss economic aid measures in response to Western sanctions against Russia. The meeting was broadcast live on national television.

“Any people, and especially the Russian people, will always be able to distinguish true patriots from scum and traitors, and spit them out like a midge that accidentally got into their mouths,” he continued. Collective West seeks to divide our society, incite civil conflict in Russia and use the fifth pillar to achieve its goal. And there is only one goal – the destruction of Russia. But they won’t make it.”

“I believe that this natural and necessary ‘self-purification’ of society will only strengthen our nation, our solidarity, our solidarity and our ability to meet any challenge”, he concluded, reported by Reuters news agency. according to the comments

See also  A site that people come to because of the diamond... and it was a surprise!