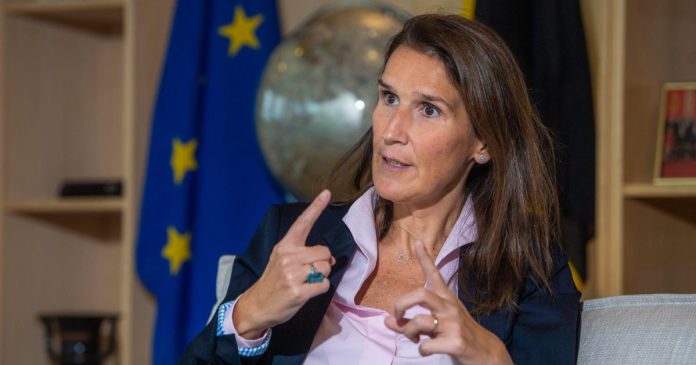 For Sophie Wilmes (MR), our head of diplomacy, Europe reveals itself in difficult times and Belgium is totally there: it took Putin by surprise, she said.

Europe that speaks with a strong and united voice, without a veto from one country or the other, the supply of arms for the first time, etc. Have we just woken up in a new Europe?

No, it is the same Europe but that shows what it is capable of. A few months ago, it would have been difficult to project ourselves into the devastation that Ukrainians are going through. Even when there are warning signs, we always refuse to consider the worst, which doesn’t mean we’re not preparing for it. A few months ago, there were uncertainties about Europe’s ability to respond. So it is the same Europe, but a Europe that manifests itself in the most difficult moments, with this ability to act unitedly and quickly and also this strike force which is quite remarkable. This must have surprised more than one person, beyond a few member states.

Europe continues, there is also talk of Ukraine joining the union. What do you think about it beyond the sympathy that this country may have been a victim of aggression?

I believe that Ukraine is part of the larger European family. We have a country that is being attacked by Russia, mainly because it has looked so strongly at Europe, because it has followed the path of modern democracy, our values, to be part of Europe started adopting the path of reform. The subscription process is long, slow, very demanding and that’s a great thing. This process and this path should not be questioned. On the other hand, we must be aware that there must be some way to strengthen our relationship until membership is possible.

I Find the full interview with Sophie Wilmes here.

See also  Germany supports Turkey against Greece in the Aegean