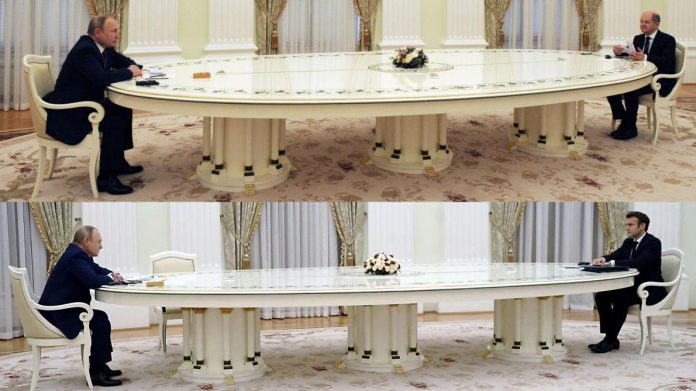 MThe same table, the same refusal to submit to Russian health protocols. Olaf Scholz meeting with Russian President Vladimir Putin this afternoon. A discussion that takes place in the backdrop of Russian-Western tensions around Ukraine. The photo has an air of deja vu as two people are talking around the same table as during the meeting between Vladimir Poutin and Emmanuel Macron. Cause ? Like the President of France, Olaf Scholz refused to submit to the Russian COVID test.

The German chancellor was tested on arrival at Moscow airport by a doctor at the German embassy. A German government source told RTL that Olaf Scholz opted for the levy to oversee Berlin. Russian officials asked the entire German delegation as well as post-travel journalists to conduct three COVID tests spread over four days before departure for Russia. That’s why both the leaders discuss around such a big table.