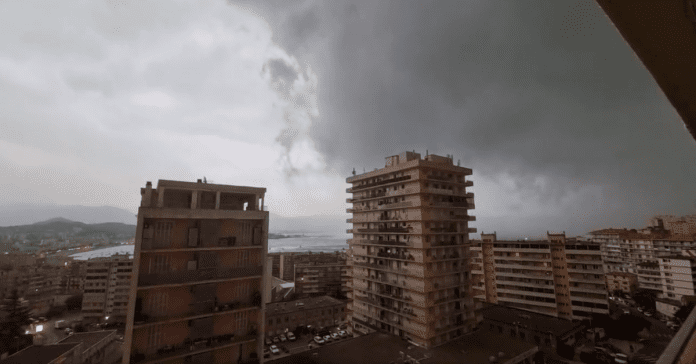 Firefighters told AFP that three people were killed and another seriously injured when a tree fell on their bungalow at the Le Sagon campsite on Thursday morning.

Jean-Jacques told AFP that twenty interventions were underway on Thursday morning, with several “branched roads” and “some rescues in a sea of ​​boats”, particularly in Capo di Feno, on the outskirts of Ajaccio. AFP Commander Peraldi. Fire and Rescue Service (SDIS) of Corse-du-Sud. In a provisional report, the province of Corse-du-Sud said three people, including a 13-year-old girl, were killed and 12 were injured, including one in an absolute emergency.

There has also been a lot of material damage, like at Ajaccio Airport.

Some premises were also flooded but according to Mr Peraldi “a large part of the air has passed” and the situation was “in a stabilization phase”. The episode mainly affected the reply of the department, he also said. In addition, 45,000 people were deprived of electricity across the island, announced the EDF Corse.

Corsica was placed on orange alert as of Thursday morning and until 11:00 am by Metro-France, which declared a “strong storm in progress along the west coast with very strong gusts”. “An extraordinary gust at 224 km/h has just been measured at Marignana station (note: about thirty kilometers from Sagon) on an exposed part of the west coast of the island”, announced Meteo France on its Twitter account at 8:30. Gerald Darminin is expected to arrive at the site in the afternoon.