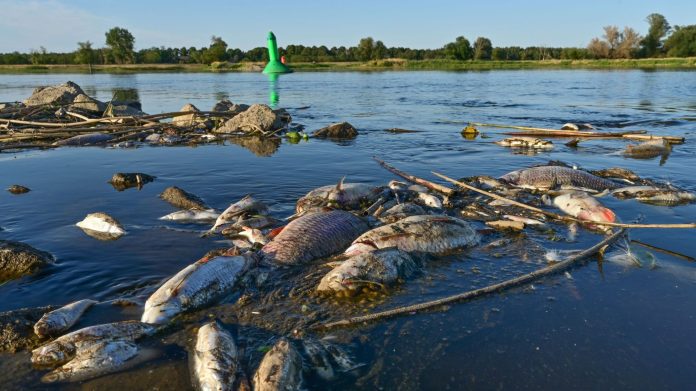 The origin of the pollution as well as the nature of the polluting substance in the Oder River flowing along the Polish-German border remains unknown, the Polish climate minister said on Sunday evening. In Poland and Germany, dozens of tons of dead fish have been fished along river banks for weeks.

In Poland, the opposition, local authorities and environmental organizations have criticized the slow responses of Polish authorities, and called for the resignation of those responsible for the case, including a deputy minister who on Thursday asked people to swim in the water. was encouraging. Oder. The prime minister on Friday sacked the head of “Polish Waters” as well as the chief inspector for environmental protection, which he blamed “Very slow action”.

The prosecution has started investigation.

nowadays, “No analysis confirmed the presence of toxic substances“,” announced Polish Climate Minister Anna Moskwa, after meeting with her German counterpart Steffi Lemke in Szczecin, north-west of Poland. According to Ms. Moskwa, analysis of recovered fish has not confirmed the presence of mercury or heavy of metals. The only anomaly noted is the high level of oxygen in the water.”We analyze various possibilities, both the introduction of hazardous substances … and natural conditions.“Droughts and heat waves.

The director of “Polish Waters” (the unit responsible for water management in Poland) suspects that a strong oxidizing agent has entered the water, causing a sharp increase in oxygen levels that could harm the fish. Further preliminary tests released on Friday evening revealed an unusually high salinity level.