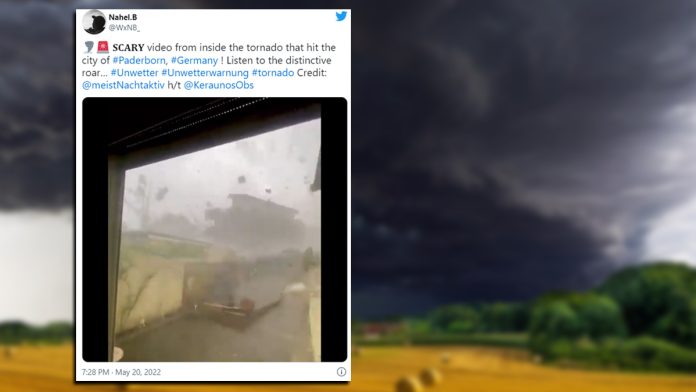 A police spokesman told AFP on Friday that more than 30 people were injured, including “ten seriously”, in Paderborn, a city in western Germany that was crossed by a “whirlwind”.

The tornado caused significant property damage in this medium-sized city in North Rhine-Westphalia, which was hit hard by the storm that is currently crossing Germany and which began after unusually high temperatures for the season.

According to a spokesman for the fire department, the town of Lipstadt, about thirty kilometers away, was probably also hit by a tornado, without any injuries at this stage.

Bad weather has caused widespread damage in the region of West Germany, with law enforcement reporting that countless roofs were torn down and trees uprooted.

Rail traffic was severely disrupted and police called on residents to stay at home.

The German meteorological services issued a storm warning on Friday, with gusts of wind reaching 130 km/h.

The inclement weather first affected the west of the country and is likely to spread eastwards later in the evening.