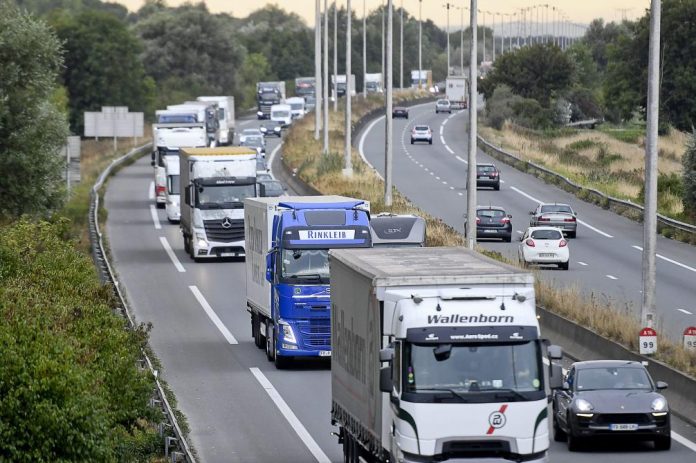 Chain or winter tires will be mandatory in hill towns from Tuesday. In total, 4,173 municipalities in the Pyrenees, the Massif Central, the Alps, the Jura Massif and the Vosges Massif are subject to this obligation. It is valid from 1st November to 31st March.

In total, 4,173 municipalities or part of 34 departments in the Pyrenees, the Massif Central, the Alps, the Jura Massif and the Vosges Massif are under this obligation. It is valid from 1st November to 31st March.

The equipment is especially mandatory on all roads of Cantal, Haute-Loire, Lozaire, Savoie, Haute-Savoie and Haute-Alpes. Some prefects, on the contrary, held that this obligation was not justified in their department, as in Corez, in Nievere, or in Corsica.

Should we equip ourselves on the main roads?

It is better to be equipped on national and motorways crossing the Alps and the Massif Central, with obligations enforced in many departments and municipalities.

Some axes remain accessible without equipment, such as the A35 and A36 motorways in Haut-Rhin, or the national 59 and 159, which cross the Vosges between Lüneville and Celestat.

Watch out for the signs! Mountains showing a suitcase of chains and a tire indicate the entry and exit of areas where winter equipment is mandatory.

Light vehicles, utility vehicles and motorhomes must be equipped with either four winter or “all-season” tires or carry metal snow chains or removable cloth socks, making it possible to equip at least two driving wheels .

Coaches, buses and heavy goods vehicles without a trailer or semi-trailer are subject to similar obligations.

Heavy goods vehicles with trailers or semi-trailers must have snow chains to fit at least two drive wheels, even if they are equipped with winter tyres.

Can we choose “all-season” tires?

Winter tires fall under the designation “PMSF” (3 Peak Mountain Snow Flakes), identified by the “Alpine Emblem” marking and the presence of one of the M+S, MS or M&S markings.

When the temperature drops below 7ºC and on wet or snowy roads, winter tires with a higher number of sips and deeper grooves provide better grip. But their soft rubber wears them out quickly.

The tread pattern of “all-season” tires is very similar to that of winter tires, and is efficient between -10°C and +30°C. Its sales have exploded in recent years: it is cheap to buy and above all avoids changing its tires at the first frost. The best “all weather” however remain less efficient on snow than winter tires and slightly less efficient than summer tires above 7ºC. They can also increase consumption.

“If you go skiing once, put on 4 seasons, if you go up often, put on winter tires”, said Gerald Tisseur, manager of the three Pointe-S centers between Lyon and the Alps.

According to road safety, the shortage of equipment should be approved but the amount of fine has not been decided yet. During the first winter of application, in 2021–2022, public authorities did not take action, conducting mainly “academic” operations.

Until that time, specific equipment was only mandatory on roads where a sign representing a white chain on a blue background was installed when they were covered in snow.

See also  "to be arrested, killed or conquered"

The new regulations are intended to enhance user safety by reducing the specific risks associated with driving on snowy or icy roads, which specify road safety.