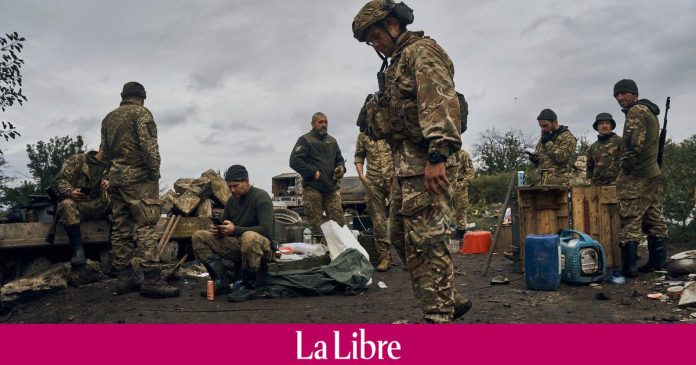 The high-ranking official in Weekly Focus estimated that Ukrainian forces are currently conducting “counter-attacks that would make it possible to recapture places or parts of the front, but not to force Russia to retreat on a broader front”. .

However, according to him, Kyiv “acts intelligently (…) and operates in a sovereign and very mobile manner”.

“Two weeks ago, I would have said that in six months the whole Donbass would be in the hands of the Russians. Today, I say they will not succeed,” warned General Zorn.

The list of equipment already delivered by Germany is “considerable both in terms of quantity and quality”, he argues.

But according to him Germany should not reduce its stock too much. “Whatever we give, we need in return.”

Encountered a Vladimir Putin who understands only the language of “power” and “for effective deterrence, we need forces” in Germany.

Especially since the Russian president, according to the Bundeswehr inspectorate, can open a new front: “Kaliningrad, the Baltic Sea, the Finnish border, Georgia, Moldova … There are many possibilities. Putin will have capabilities.

“Even though about 60% of its ground forces are engaged in combat in Ukraine, the ground forces, and in particular the Russian Navy and Air Force, still have unrestricted capabilities,” he warned.

Chancellor Olaf Scholz has been under pressure in recent days from Kyiv, but also from his government coalition partners to deliver Leopard-2 tanks to Ukraine, without success at this stage.

See also  Olaf Scholz ordered to explain himself in investigation of "QMX files".