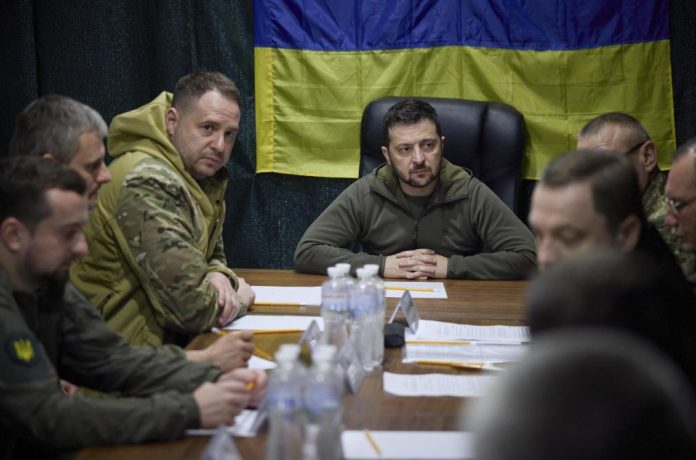 AleThe Ukrainian security service said on Monday it had arrested a Russian soldier “disguised as a civilian” in Kherson (south), amid fears Moscow’s troops were still secretly present in the city liberated on Friday. Huh.

“Security service agents detained a Russian soldier in liberated Kherson. The man was disguised as a civilian and was trying to present himself as a ‘local’, the SBU said in a press release, hours after a surprise visit by President Volodymyr Zelensky.

According to the SBU, “he admitted that he was a professional soldier of the Russian army”, in charge of “gathering intelligence (…) and conducting (sabotage) operations”.

In a video accompanying the press release on the social network, the blindfolded Russian soldier denied his identity, saying he was “Nikolai Andreyevich Krivochev, born in 2002 in the Altai Territory”, in southern Russia , and is working for an entity based “in”. Birobidjan” in the Russian Far East.

See also  With talks by the director of the International Atomic Energy Agency in Tehran, Zarif confirmed the possibility of his country retreating from recent moves