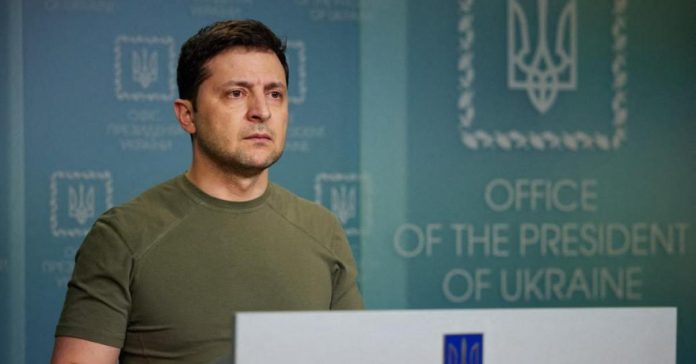 During this interview, Volodymyr Zelensky discussed with Mr Guterres the question of “depriving the attacking country of the right to vote in the UN Security Council”, announced the Ukrainian leader on Twitter.

The two men also discussed “to qualify Russia’s actions and statements against Ukraine as genocide and to help return the bodies of Russian soldiers killed by Ukrainian troops”, according to the same source.

Ukraine has been facing a military offensive launched by Vladimir Putin since Thursday, which has led to bombings and fighting in several cities, including the capital Kiev.

The international community has widely condemned the Russian military attack and Western countries have announced economic sanctions against Moscow.

On Friday, Russia, one of the five permanent members of the UN Security Council, vetoed a resolution condemning its “aggression” and calling for the withdrawal of its troops from Ukraine.