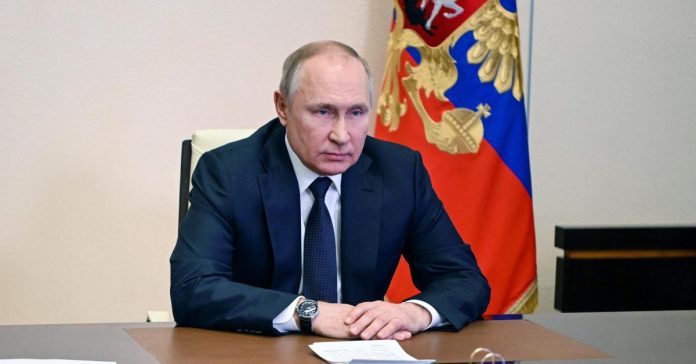 The Russian fleet will acquire a new Zircon hypersonic cruise missile “in the coming months” that “knows no obstacle”, President Vladimir Putin announced on Sunday amid a Russian offensive in Ukraine.

During a naval parade in St Petersburg (North-West), Mr Putin assured that the Russian fleet is capable of “a lightning response to all who decide to undermine our sovereignty and independence”, emphasizing that Giving that its military equipment is “subject to continuous improvement”.

He specifically cited “ultra-modern Zircon hypersonic missiles that are know-how unobstructed”. “Their deliveries to the Russian armed forces will begin in the coming months,” Putin said.

With a maximum range of about a thousand kilometres, the Zircon cruise missile belongs to a family of new weapons developed by Russia and which Mr Putin describes as “invincible”. Their trial is being done from October 2020.

According to Vladimir Putin, the Admiral Gorchakov frigate will be the first Russian ship to be equipped with these missiles, while the ship’s deployment area will be chosen according to “Russia’s security interests”.

“Homeland is a sacred notion for all of us, and protecting it is a duty and a meaning of life for each of us,” said the master of the Kremlin.

Putin inspected a naval parade in St Petersburg on Sunday, which brought together more than 40 ships and submarines and about 3,500 military personnel in the former imperial capital to mark the country’s widely celebrated Russian Fleet Day .

In Sevastopol, Crimea occupied by Russia, though the celebrations were canceled after a drone strike that targeted Russian Black Sea Fleet crews on Sunday morning, injuring six.

The attack was accused by local authorities of “Ukrainian nationalists”, as Russia faces a Ukrainian counteroffensive in the Kherson region, not far from Crimea.

Ukraine has denied its involvement in the attack.