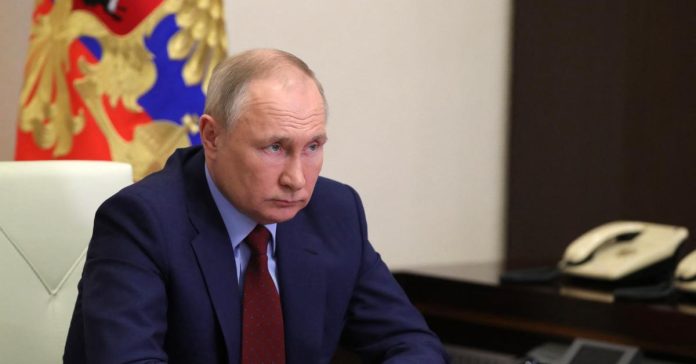 Russian President Vladimir Putin on Wednesday called the search for civilian bodies in the city of Bucha a “gross and cynical provocation” after Ukrainian authorities withdrew forces from Moscow.

According to a press release from the Kremlin, during an interview with Hungarian Prime Minister Viktor Orban, Mr Putin specifically referred to “crude and cynical provocations on the part of the Kyiv regime in the city of Bucha”. This is the Russian president’s first reaction on the matter, which has caused international outrage.

Before Mr. Putin, other Russian officials had denied any abuse by Moscow’s military in Bucha, the Kremlin qualifying as “falsification” the images of bodies scattered on the city’s streets published by the media from last weekend Was.

On Wednesday, Maria Zakharova, a spokeswoman for Russian diplomacy, accused Western officials and the media of “giving a verdict + guilty + against our country (…) without even trying to verify anything.” “.

“This criminal falsification was invented to justify the next set of sanctions against Moscow”, she said, noting Western media “colleagues” in Bucha’s abuses.

According to him, the Ukrainian side either killed civilians in this city or the bodies were taken there for staging purposes.

The German government estimated on Wednesday that the Russian thesis of a Ukrainian staging of corpses in Baucha is “not sustainable” judging by satellite images.

These images specifically show that victims discovered by the media last weekend had been lying there since at least 10 March “while Russian forces were in the area,” German government spokesman Stefan Hebstreit said in Berlin.

The Russian military has accused Ukraine of imposing a similar scenario in several other areas from which Russian forces have withdrawn.

Russia has been conducting a military offensive in Ukraine since February 24. In response to this intervention, Western countries imposed heavy economic sanctions on Moscow.