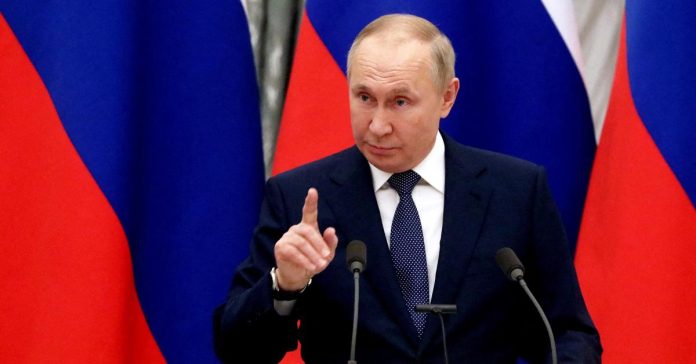 Russian President Vladimir Putin on Monday deemed a simplified visa process for officials and journalists from European countries “unfriendly” in response to sanctions against Moscow over Ukraine.

The measure is motivated by “the need to retaliate immediately against the unfriendly actions of the EU”, according to the decree.

In concrete terms, the decree suspends agreements that allow officials and journalists from EU countries, Norway, Denmark, Iceland, Switzerland and Liechtenstein to obtain visas relatively simply and quickly, making the process more cumbersome. should be made and the delay should be prolonged.

Mr Putin has also ordered the foreign ministry to bar entry into the territory of foreigners who, according to the decree, have acted “unfriendly” to Russia.

Moscow has in recent weeks announced a ban on entry into its territory targeting senior Western officials, including US President Joe Biden.

These measures follow a series of economic sanctions announced against Russia since the start of its military offensive in Ukraine on 24 February.

See also  Sudan in Talks to Formalize Ties With Israel