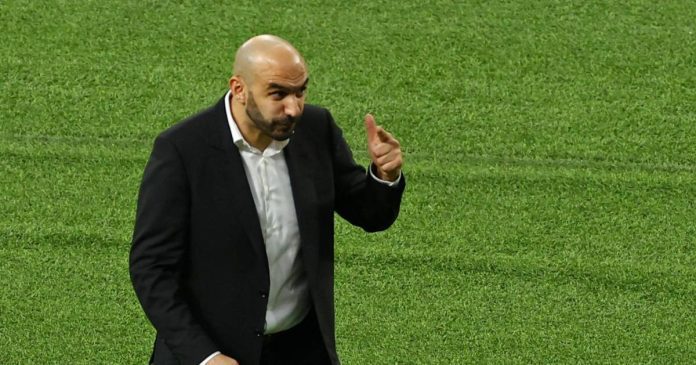 2022 world cupMoroccan coach Walid Regragui is convinced an African team will win the World Cup in “fifteen, twenty years” provided they work and gain experience, he assured on Saturday after a defeat during the third-place match at the 2022 World Cup. . He has set a target for his team to win the next African Cup of Nations scheduled for 2024 in Cote d’Ivoire.

On what was this match played?

“Congratulations to Croatia, they are a very good team, they deserve their third place. They have a lot of experience, they knew how to manage the match to win this third place. Especially in the first half . In the second half, it was better, but they knew how to keep the result. We are disappointed, but when we wake up tomorrow, we will realize that we had taken the step a little higher. In these tournaments, everyone has to be 100%. But congrats to the boys, they gave it their all.”

What image would you like of this World Cup?

“There are many images. Each of our victories, Moroccans coming out on the street, the fact that His Majesty came out on the street with the people to celebrate the victory. It shows that we had an extraordinary impact and ‘ We’ve managed to stay together for a month.”

The aim of the Africans and Morocco is to win the World Cup.

What is your assessment of your journey?

“After the final (Argentina-France on Sunday), we will take stock and realize that Morocco’s campaign was exceptional. We played only against big teams, we only had big matches. Showed that in Africa, we work, We learn. The aim is for Africans and Morocco to win the World Cup one day. This will put more pressure and imitation on us. Africa is very good. Morocco has shown we are capable and we are not far behind. Matches are decided on details it was done. “

Looking back, would you change anything?

“At the start of this tournament, we had 0.001% of winning the World Cup… We made it to the last four. We played only the big nations. We are among the four best teams in the world… If we had been told that the World Before the cup, everyone would have signed. For 2026, I will have more experience and I can change things. But you have to respect football. France is stronger than us, “Croatia is stronger than us. Not much, but they are strong, so we have to work. If I have anything to change? nothing.”

What impact will your tournament have on African football?

“We’ve managed to give some kids the dream of becoming professional footballers. It’s priceless. The first impact it’s going to have is that the bar is now higher, there’s a lot of pressure… My job is to find my footing on the field and Says what we have done is extraordinary. With this kind of performance, one day we will be able to win the World Cup. World. But Mourinho, he talks about the DNA of victory. Well, this DNA is also national is present in the team. Why Croatia manage to beat us is because it has experience. It participates in every World Cup. With nine participants (in the next World Cup, editor’s note), we will learn. Fifteen, twenty Over the years, I have come to believe that an African team will win the World Cup because we will have learned. We have a level to pass. We must build on that. With hard work, with desire. We can pass on this DNA just to Morocco Build not for, but for the continent.”

Does your team have the best generation for an African team?


yes i want to pay for free