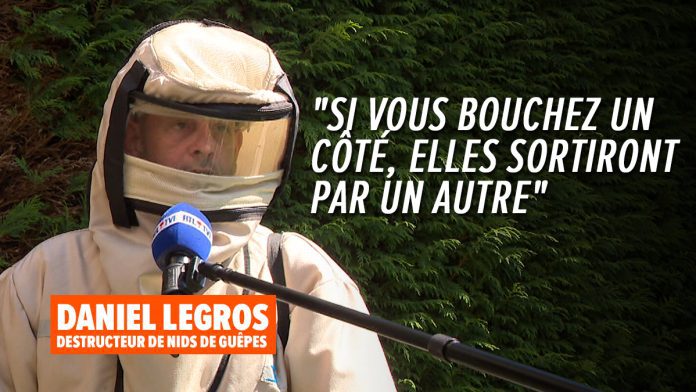 In these high temperatures, we want to eat outside. And sometimes unwanted guests like wasps come to our table. In recent weeks, interventions to control wasp nests have multiplied. These insects settle everywhere, in every corner and even in the house. So you have to be careful and be alert.

Here, wasps have settled under Geoffrey’s roof in Hamoir. Two days ago the young man was roasting meat in the garden. But the smoke would not have pleased the wasp, which shook it and stung it. Result: Geoffrey was stung several times in the back of the head. “Big pain, burning, headache, nausea…all for 2 days. It’s only started to subside now”He explains.

How to get rid of wasp nest? Sealing the hole itself with silicone may not work. “They’ll always find a way out. You’ll block one side, and they’ll come out the other. They’re so intelligent. These little animals”David Legros, who destroys wasp nests, says

A few sprays of nerve product will eliminate them in a few days. “I actually inject as close to the nest as I can. And here, I am going to advise the gentleman, as he has a dog, to spray with his garden hose where the powder has fallen so that it spreads and that there is no problem with other insects that are not harmful“, he adds.

Like every year, the intervention began in mid-May. But for the past few days it has been gaining momentum: “I made it on Sunday which was the size of a big watermelon. For the season, it’s big! Two years ago, I think we found nests of this size in mid-July“, he goes on. 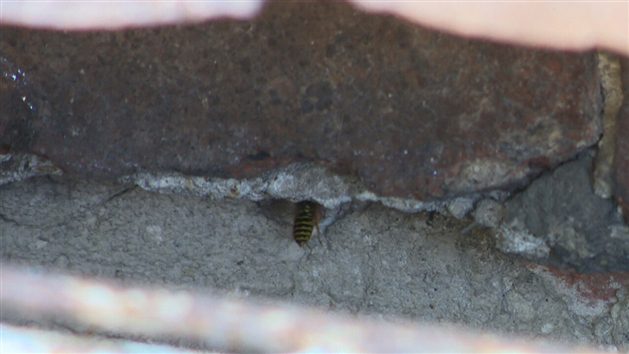 Here, the nest is in the wall at the basement level. Garden shed, attic, ventilation grill… they can be installed everywhere! “I went to a gentleman, he was mowing his lawn and he was attacked because there was a wasp nest in the ground. He got stung and ended up in the emergency room because he went into anaphylactic shock from the sting was”Daniel Legros explains.

That’s why a wasp sting can be dangerous. You have to be alert and check every corner to see if the wasps have stopped. Firefighters are increasingly leaving this type of intervention to private actors. The cost of the intervention: about fifty euros.