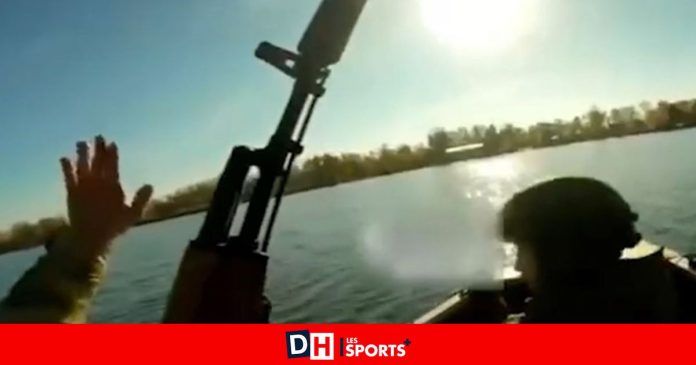 A shocking video is going viral on social sites for the last few days. In this footage, which was filmed near the city of Kherson in eastern Ukraine, we see a group of Russian soldiers being shot by … other Russians.

In fact, the first group of soldiers started throwing grenades at a boat sailing on the Dnieper. As nothing happens, the Russian soldier tells his companion to shoot at the motorcycle that they have. Then they are shot in turn. Very quickly, they try to convince other soldiers that this is “friendly fire”, but nothing helps, their compatriots continue to shoot.

“Wait, we’re Russian too”, shouted the men on the boat. In a panic, they try to hide and continue to shout “friendly fire” (note: the fact of being hit by shots coming from their side or from their allies), but in vain as one of the soldiers will eventually be killed. and injured. He can also be heard moaning in pain in the video.

On social networks, the images caused a strong reaction from Internet users who wondered about the level of preparation of Russian troops. “The best army of clowns,” a Twitter user commented below the video.