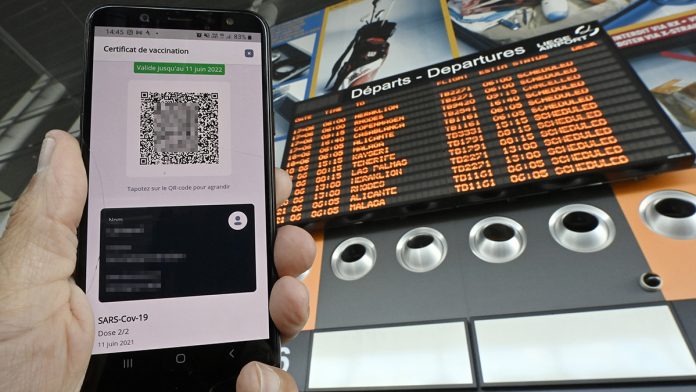 The European Parliament on Thursday voted in favor of extending the EU’s digital Covid certificates for another year until June 2023, in order to guarantee the right of EU citizens to free movement, even as the pandemic progresses. regardless.

The plenary won with member states (council) 432 votes, 130 against and 23 abstinence (as far as EU citizens are concerned), and 441 votes, 132 against and 20 abstinence (third Citizens of the countries) approved the initiation of negotiations. ) The Commission had proposed this extension in mid-March and the Council has already said yes.

Parliament and Council must agree on some changes that should allow member states to issue certificates based on new types of antigen screening tests.

MEPs also want member states not to impose additional restrictions on the free movement of EU citizens holding digital COVID certificates, unless absolutely necessary, according to a statement from the body.

If restrictions are necessary, they should be limited, proportionate and based on the latest scientific advice from the European Centers for Disease Prevention and Control (ECDC) and the Health Protection Committee (HSC).

In addition, MEPs have asked the Commission to assess whether the system is still necessary and proportionate after six months from the start of the expansion. They want to keep the application period of the regulation as short as possible and cancel it as soon as the epidemiological situation allows.