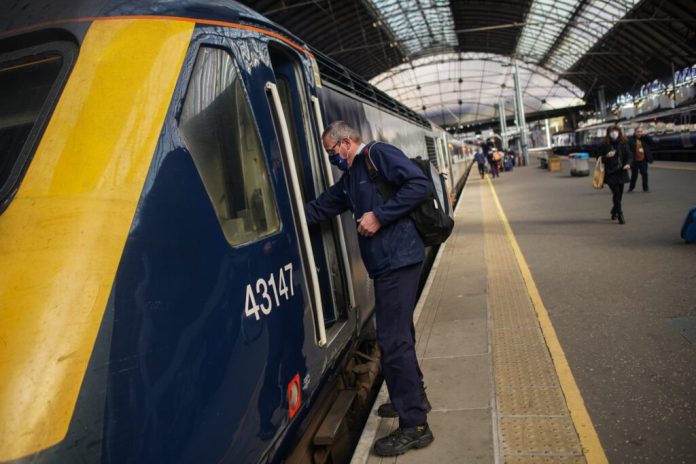 The Scottish employment minister has called on Scottish drivers and other public sector workers to be “reasonable” when demanding a pay hike, prompting an angry backlash from trade unions.

Richard Lochhead said the Scottish economy is in a “very, very precarious state” and warned workers they were threatening a strike that could help trigger a recession.

In response, the Asleph Rail Union accused them of “blaming workers for the state of the economy” and called for intervention to resolve the ongoing Scotland dispute.

The rail operator, which was nationalized in early April, is cutting nearly 700 daily services indefinitely from Monday after drivers refused to work on rest days.

That means the last few trains on many major routes will depart hours earlier than usual, with ScotRail warning that the dispute could go on for weeks or months.

More than 300 services were canceled on Sunday for the third week in a row, with passengers facing disruption due to a persistent lack of drivers.

Aslef and the RMT union both rejected ScotRail’s 2.2% pay offer, raising the prospect of a widespread strike that would cause even more inconvenience.

Meanwhile, economist Tony McKay said the temporary hours could initially cost the Scottish economy between £75 and £80 million a week.

he told Ali sunday time This would be due to a combination of declining economic output and the extra money travelers spend on things like taxi fares.

Asked on Sunday whether railway unions were making unreasonable demands, Lochhead told the BBC: “My message to all Scottish workers and all these sectors is that we must be fair.

See also  After Brexit, Scotland seems more European than before

“Everything should be accessible because the country is in a very precarious position at the moment and if we take the wrong decision we can end up in recession.”

He added: “As a minister it is not for me to say what is the right or wrong salary for a driver or anyone else.

“But just to say that it’s really important that people compromise, be creative, and recognize the consequences of these disputes that go on for a very long time.”

But Asleph’s Scottish organizer Kevin Lindsay hit out at his demands for people to be “reasonable” about payment requests.

“From Asleaf’s point of view, the most sensible thing he can do right now is tell Scotland to return to the negotiating table to resolve this dispute so that the ridiculous schedule cuts can be rolled back and our railway public.” come back to serve.” They said.

“There is no point in asking workers to accept 2.2% when inflation is moving north of 10% and blaming workers for the state of the economy is not credible.”