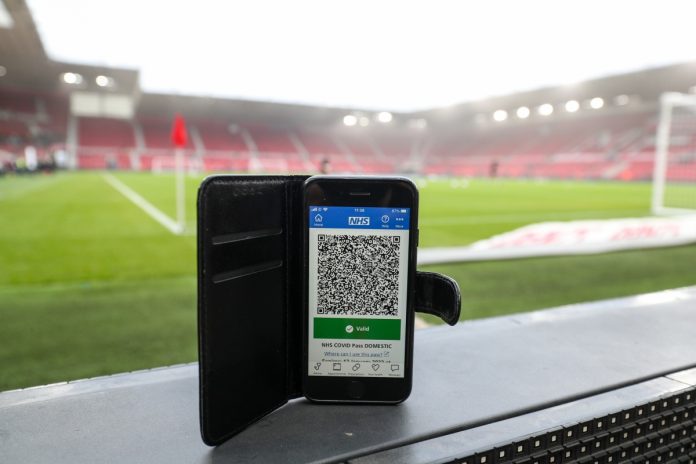 The prime minister is expected to remove many of the brakes on our daily lives amid growing confidence that Britain is out of the Omicron wave.

It is quite possible that he would end the work from home obligation and throw the controversial vaccine passport in the dustbin.

Wearing masks in public places is only one of the three major COVID measures that may remain in place after the end of the month.

A series of highly positive studies show that Omicron is milder than other strains, with the first official UK report revealing a 50-70% lower risk of hospitalization than Delta.

Sun’s Jabs Army campaign is helping to get vital additional vaccines into the arms of the British people to avoid the need for further sanctions.

Top Tories are urging Boris to lift all sanctions as he seeks to stabilize his post as prime minister amid the No. 10 party scandal.

One cabinet minister said: “The voices of science are becoming less and less terrifying.

“If we have to wear face masks for a while, that is fine for me.

“The most important thing is to eliminate the work-from-home orientation. This will help revive the economy. ,

, Follow our live covid blog for all the latest updates

A source told The Times: “There was always a very high threshold for politics. It would be difficult to justify a renewal of the way business is run.

Even leading scientists who warned about the dangers of Omicron now say the UK is in a better place and measures could be eased.

The Welsh Tories said Cardiff Labor Administration had “overreacted” to Omicron and should have followed the No 10 approach.

Leader Andrew RT Davies said: “Labour ministers have clearly overreacted to Omicron and this has caused considerable pain and suffering to families and businesses in Wales.

See also  On stage in "The Inspector" at the Theatre, Gradoli and Farnese

“The UK recall campaign has been a resounding success and as such labor must now act quickly and lift restrictions as we prepare to recover and as a nation learn to live with Covid 19 Huh.”

A Tory strategist told the FT: ‘Boris’ polling numbers are improving as the tide of Covid turned over Christmas and the prime minister’s decision to lay down the line paid off.