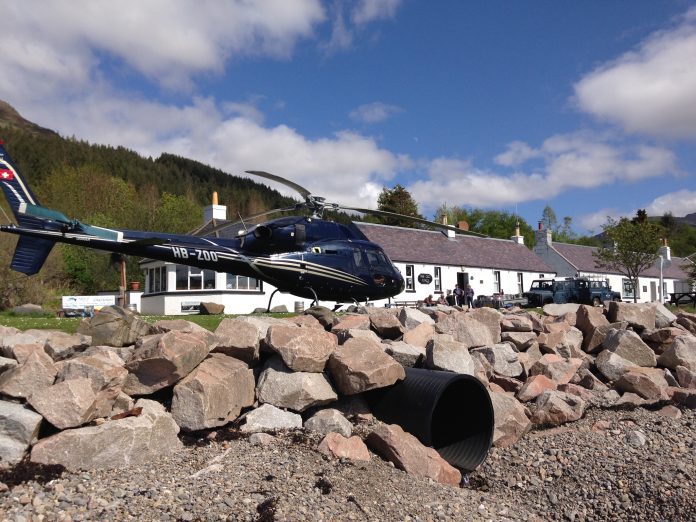 A traditional pub that is almost inaccessible, located in the small village of Inverie, on the south coast of the Noydart peninsula, in the west of Scotland, accessible by crossing about thirty kilometers or more than 10 kilometers by sea . , not by chance old forge It was put up for sale in 2021, until it was acquired by the local community that gave birth to it. Old Forge Community Benefit Society, constituted by a group of 9 volunteers, who have decided to take matters into their own hands and carry on the activity. A work that lasted 14 months, which then gave life to the project: The keys to the Old Forge were given to citizens on March 28, 2022, and repairs would soon begin to open the doors to the smaller one in the coming months. Pub for customers. old and new.

Initially he was running a pub Jean-Pierre Robinet, who asked for £425,000 for the place after running it for 10 years. The residents of the area have raised over £320,000 through crowdfunding, and have also received financial support from the Scottish Land Fund and the Community Ownership Fund to have the money needed to complete the work. A true community project that will reinvest profits into business and other initiatives for the benefit of the local area. Community Benefit Society Secretary Stephanie Harris commented, “We are thrilled that after months of hard work we have finally reached our goal of securing a pub for the local community“. And not just anyone: “The Old Forge plays an important role in Noydart’s cultural, social and economic sphere. Now that the activity is in the hands of the community, it may eventually be of service to the residents and the many visitors who visit us every year,

The Old Forge is indeed famous among fans of the genre: it even won the Guinness World Record for being the most remote pub on the mainland in Great Britain! And now it will be aimed at the local community, which is already accustomed to similar projects (in 1999 it saved more than 70 thousand hectares of land, one of the first large mass acquisitions in Scotland). The pub is expected to reopen in a few weeks, as Harris explained, “We haven’t reached the building yet. Inspectors have identified a series of actions necessary to protect the venue: we plan to open as soon as possible for drinks-only for at least the first months, then we will also renovate the kitchen and we will be looking to renovate the gastronomic will start with the offer“. Expected to open on Easter weekend,”We are currently hiring staff and have already identified several locals.” This is excellent news, considering that one of the main objectives of the project is precisely that.”Provide more work for the community,