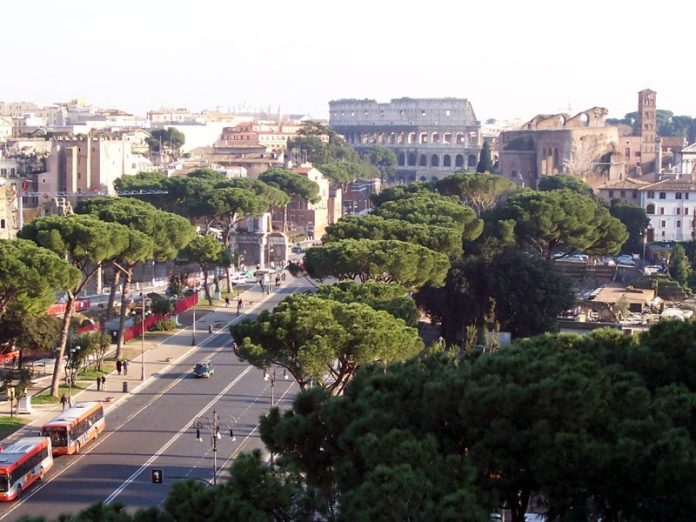 A project of the Waldensian Table, the World Community of Reformed Churches and the Church of Scotland

In Rome on 27 October, World Community of Reformed Churches (CMCR or WCRC)* in association with Waldensian Faculty of Theology, will organize a symposium entitled “The Testimony of the God of Life”. The hours in the faculty itself are from 3 pm to 6 pm. The symposium will be the first in a series of events that Communion intends to hold in the future to feed a worldwide debate in the capital.

At the end of the symposium, the project for the construction of a reformed worldwide office located in Rome will be presented which will open its doors in 2023. An important project that will have as partners in addition to Communion, the Waldensian Church and the Church of Scotland. Finally, on October 30th at 1 pm, at the Waldensian Church in Piazza Cavour Reforms will be celebrated on Sunday, will be broadcast in live streaming **For the benefit of the entire world reformist family. We talked to the pastor about these initiatives Claudio PasquetMember of CMCR Executive Committee.

– Let’s start with the seminar. What idea inspires you and what topics will it cover?

“With the symposium we would like to honor the Korean theologian Kim Yong-bok, who died in April, for his contribution to the work of Communion. The meeting will address, from several perspectives, the concept of the “theology of life”, which is central to the expansion of Yong-bok et al. Over the past thirty years, this view has provided valuable insight into liberation and indigenous theology. Speakers will also include theologians from Korea, South Africa and Indonesia, as well as the Waldensian Faculty of Theology ».

The construction of a reformed worldwide office in Rome is an ambitious project. How did the idea come about?

“With the then moderator of the Waldensian Table, Eugenio BernardiniIn this article, we evaluated the opportunity to create a place of organization, witness, and presence for the Reformation in Rome. We spoke about it with leaders from the Mondial Communion of Reformed Churches who embraced the project and developed it in later years. Rome is clearly also strategic for its relationship with the Catholic Church which usually promotes especially bilateral meetings with various Christian confessions. On the other hand, our intention is to encourage exchanges that take into account the vast worldwide panorama that exists in the Christian world.

– How will the structure of the office be and where will it be located?

«The office will have the task of maintaining the relationship between the Reformed Churches in Rome and their ecumenical partners and presenting the most important reform initiatives to the city’s worldwide community. Of course, without forgetting the commitment to peace and justice. The office, which would have a salaried person from the Church of Scotland, would organize its events in Rome, in particular, the Waldensian Church in Piazza Cavour, the Waldensian Faculty of Theology and St Andrew’s Church of Scotland. It will be based on the offices of the Waldensian Table, which will provide suitable space. An advisory committee would oversee the work of the office and would consist of seven people: three appointed by the Reformed Churches of the World Community, two by the Church of Scotland and two by the Waldensian Table. Meetings will always be in digital form for obvious economic reasons.

– Will Office work in sync with other disciplines?

“Of course, the idea is to collaborate with other ecumenical partners such as the Union of Evangelical Churches in Italy, the World Methodist Council and the Anglican Center in Rome. Of course we will also work closely with the Vatican, specifically the Secretariat of State, the Pontifical for Christian Unity Council and Interreligious Dialogue with the Council. The building of this office may sound high-pitched, but if we think carefully, it perfectly responds to one of the professions that have always given our church its smallness. Also featured in: To keep the dialogue open between the various negotiators who make up the intensive international acumen in which we are inserted”.

* The World Community of Reformed Churches brings together about eighty million Reformed Christians present in many countries of the world, united in action in favor of church unity, human rights, economic justice. The member churches are Congregational, Presbyterian, Reformed and United Churches. The CMCR was born in June 2010 in Grand Rapids, United States, from a merger between the Alliance of Reformed Churches (of which the Waldensian Church was a founding member) and the Reformed Ecumenical Council.

** It will be possible to follow the creed in streaming October 30 on the Facebook page of the Waldensian Church https://www.facebook.com/chiesavaldesemetodista