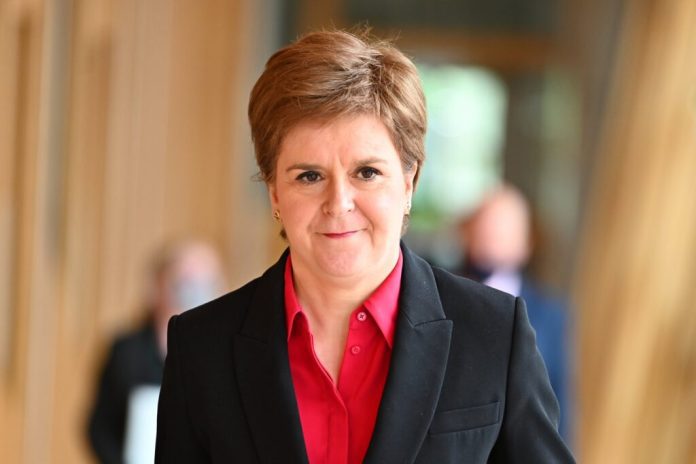 Nicola Sturgeon will be gunning for her latest Scottish independence campaign on Tuesday as she publishes the first in a series of articles supporting the cause of leaving the UK.

The Prime Minister holds a press conference in Edinburgh to launch the document, which will be part of a collection titled building a new scotland,

The Scottish government is also expected to publish its referendum bill later this year, with the aim of having a legal vote until the end of 2023.

However, Sturgeon acknowledged on Monday that the Scottish Parliament’s ability to hold its own referendum had been “challenged” and that the bill would likely be challenged in court.

Today’s document will be titled Freedom in the modern world. Richer, Happier, Better: Why Not Scotland? and intended to serve as the “production designer” for the series.

The other installments in the series will discuss key issues such as currency, economy, defense and security, pensions, EU membership and trade.

The Scottish Government described the series as “the prospect for an independent Scotland” that would allow voters to make “an informed choice” about their future.

However, it is unclear if Ms Sturgeon’s referendum bill is declared invalid and the UK government continues to refuse to transfer powers to hold one, as was the case prior to the 2014 vote. How can there be a legal vote?

Asked whether the newspaper’s publication was his “formal launch of the Indiaref2 campaign”, Sturgeon told the BBC: “Yes.”

He said the series would “renew the cause of independence in an interdependent world,” adding, “The world has changed significantly nationally and internationally since Scotland’s vote in 2014.

“The first document will be a real scenario, it will examine a wide range of evidence that the economic and social performance of the UK and Scotland is comparable to that of many other countries across Europe, and the very conclusion that Scotland is an independent country.” As can do much better”.

Ms Sturgeon was also asked about the absence of a Section 30 ordinance – which would transfer the power to hold a legal referendum from Westminster to Holyrood – and whether it would derail her plans for the vote.

“We all know that the ability of the Scottish Parliament to make laws is disputed,” he said. “It hasn’t been tested yet, but it’s the problem we’re currently addressing so that we can provide a legal process.”

“The minister is turning his attention to senior civil servants and hundreds of millions of pounds of freedom,” he said.

“They worry more about their passion for freedom than everyone else left on the longest NHS waiting list in history, the cost of living, the crisis or the climate emergency.”