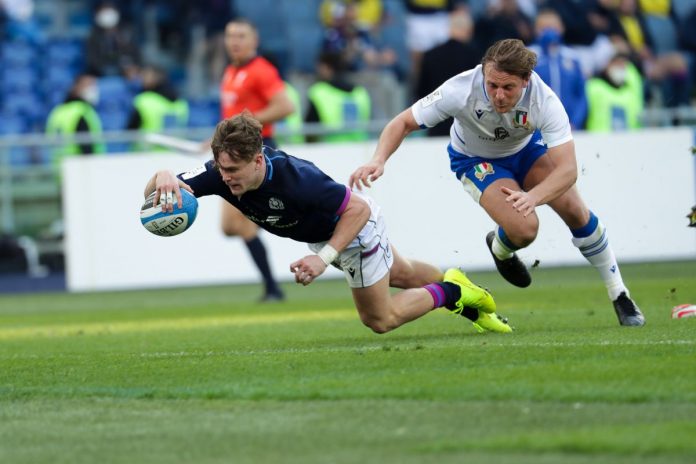 ROME (ITALPRESS) – Italy did not unlock the Six Nations and surrendered 33-22 to Scotland in the last home match of the 2022 edition. It was a momentous occasion for Azzurri in a packed Olympics to find success in the competition. It has been missing for 7 years and came against Scotland, which won the first Kattita Trophy instead (former prop and captain of the national team, but also Scottish scrum coach, who died last April at the age of 54 after contracting covid Had happened). Italy break the ice a few minutes later, with a long-range penalty from Garbisi, but the first goal comes from the opponents and comes in the middle of the first half with Johnson, but not converted by Russell. Crowley tries to take the lead, but the promising action turns into another Scottish attempt with Harris, this time with Russell adding two points for 3-12. Braley redeems himself from a previous mistake by crushing to the ground after a graceful action – and with Garbisi’s foot for 10-12 – but again at +9 with the pair Harris-Russell for Townsend’s men before the interval. It’s time to come back (10-19). Scotland can manage with confidence in the second half, with attempts from Graham and Hogg allowing themselves to extend their lead. Italy, however, does not give up and crushes on the line to gain enthusiasm with a crescent ending with rookie Capuozzo (then Garbisi between positions for 17–33). And when time runs out, the correct identification: second individual goal as a substitute for Capuozzo, so Garbisi does not get two extra points and the match ends at 22–33. The Azzurri’s trail will end next Saturday in a Cardiff Away match against Wales, while Scotland – with their second success since their win against England – will be Ireland’s guests.
(italpress).