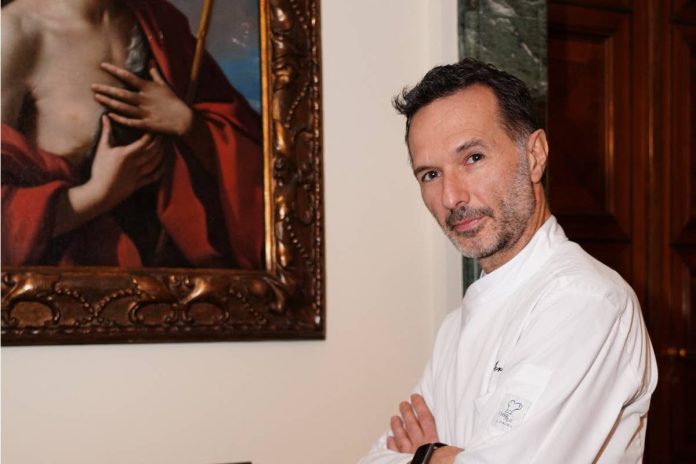 P.For the first time, in these last two difficult years, the doors of history Villa Volkonsky, British Embassy ResidenceOpened to a selected group of guests to celebrate the festival as per tradition,”Robert Burns Knight, The feast of January 25 dedicated to the great Scottish poet (1759-1796). It was a journey into the gastronomic excellence of Scotland, elaborated by the chef’s best Italian knowledge Giuseppe Di Iorio Of Palazzo Manfredi’s Aroma RestaurantWho is currently a candidate in the Personality of the Year Poll – Italy in the Table Award (click here for vote). The event was organized in collaboration with Scottish Development International, the official agency of the Scottish Government, which promotes commercial relations between Scotland and overseas markets.

A Taste of Scotland in Rome for Robert Burns

To the sound of bagpipes, salmon and other Atlantic flavors were combined with beer and whiskey, in the halls of the historic residence, amid ancient tapestries and precious porcelain. Starred Chef Di Iorio had joined the kitchen dario pizzettiThe resident chef of Villa Volkonsky. Seven courses and several readings of the works of the Scottish poet turned the evening into a candid event,

tribute to an unforgettable writer

Every year in the United Kingdom the figure of Burns dying prematurely at the age of 37 is celebrated in full, and to commemorate him January 25, his date of birth, A hero of Scottish cultural history and not only a dialect poet, but also a writer of romantic ballads and composers, he wrote about love and the red rose, but he also dedicated a poem to a mouse whose nest was destroyed by a plow. John Steinbeck titled it his masterpiece “Men and Mice”. her sing auld lang cine It is the second most sung song in the world After Happy Birthday and New Year’s Eve, traditionally the old year is bid farewell. Burns was praised but criticized for being outside the conventions of his time, amid alcohol and emotional vagaries, financial problems and hard work on the farm. He was always loyal to his peasant origins and poor foodies, so much so that one of the most famous poems is dedicated to‘Haggis’, Very poor dish based on sheep offal, is sewn into the stomach of the animal, boiled for hours and finally opened on the table with a knife strike. It has become the national dish of Scotland.

But even before dessert the awaited ceremonyhaggis, explodes with knife strike, Then the guests were served a dish with potatoes and white turnips. In addition to the heart, lamb liver and minced lung, onions, kidney fat, oatmeal, salt and spices are included in the composition of the dish. This is a very tasty and nutritious recovery dish that has become a Scottish national dish. The combination was served to Glasgow Distillery’s Glasgow 1770 Peeted, winner of the 2020 Scottish Whiskey Award for Best Distillery of the Year.

Italy is the third largest importer of Scottish food products

Italy is the third (and fourth globally) importer of Scottish fish, crustaceans, mollusks, aquatic invertebrates and fish preparations to Europe., According to HRM (Her Majesty’s Revenue and Customs) data, 6,231 tonnes were imported in 2020. Much appreciated by Italian consumers, Scottish salmon, the protagonist of the event, in three types: Atlantic fresh from Loch Duarte, raised with sustainable norms, imported by Ales Fish, and two references to Loch Fen, distributed by Selecta in Italy. Made, one lightly smoked with oak shavings obtained from old whiskey barrels (with an intense aroma and persistent flavor) and the other smoked and spiced with salt, brown sugar, pepper and whiskey. Much appreciated for its taste, Scottish salmon has excellent nutritional properties as it is rich in protein (25.5 grams per 100 grams of product) of phosphorus, calcium and iron. The Scots were the first to devote themselves to the cold smoking of fish, without cooking them, whose ancient techniques are still used today.

Other products developed by Chef Di Iorio for his menu were scallops and monkfish. and prawns. Of the latter, Scotland is the largest producer in the world, with 43% of the catch with a value of £90 million per year. Loch Lomond Brewery craft beer is imported by Cuzziol while Belfield Brewery and Vault City Brewing are imported by Beerfellas Distribution.

“I am honored to be able to attend this event at the British Embassy – said Giuseppe Di Iorio – because it gave me the opportunity to engage in the discovery of a different culinary tradition. It was fun and cool to compete with new ingredients, blending Scottish customs and Mediterranean flavors with seafoodThe chef, who arrived in 2010 after several national and international experiences at the top of Aroma Restaurant, overlooking the Colosseum on the top floor of Malazzo Manfredi, boasts a Michelin star since 2014. Passion for raw materials, creativity, contamination, technique And respect is the basis of their idea of ​​cooking.