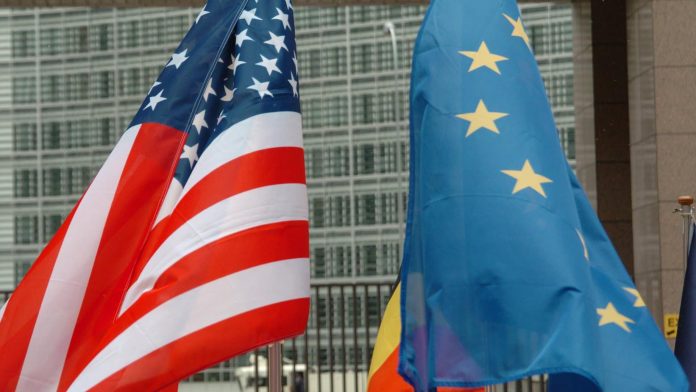 Aeronautical spare parts, non-sparkling wine and French and German cognac will be added to the list of products from 2019 onwards, in a vengeful state.

The United States announced on Wednesday that it would impose additional duties on French and German products, in retaliation for those imposed by the European Union, considering them excessive and unfair because of the scope chosen to count them. .

Aeronautical spare parts, non-sparkling wine and French and German cognac will be added to the list of products from 2019 onwards, according to a press release by the US Trade Representative (USTR). These customs duties are part of a dispute over public assistance given to Airbus and Boeing.

In fact, the European Union was also authorized by the World Trade Organization (WTO) to impose additional customs duties on US products this year. But Washington believes it has been punished by the method of calculation chosen, which according to the Trump administration, has imposed a very high amount of customs duty on American products.

In question, the reference period on the one hand, the geographical region on the other.

Thus, “to enforce its tariffs, the European Union used trade data from a period during which trade volume was drastically reduced due to the terrible effects on Kovid-19’s global economy”, condemns USTR

“The result of this choice was that Europe imposed tariffs on many more products, which would have been covered if using the normal term. However the United States explained to the European Union. The press release stated,” The chosen period Distorting influence, the European Union refused to change its approach. “

The United States thus announced “to change its reference period to align with that used by the European Union”.

In addition, Washington, “The European Union has made another choice, which, by excluding the United Kingdom from its calculations, has incorrectly increased the amount of the customs” and believes that “the EU should take measures Make up for the injustice ”.

Since 2019, the United States has imposed punitive fees on European imports such as wine, cheese and olive oil or Scotch whiskey, as well as a 15% tax on Airbus aircraft. Washington was authorized by the WTO for $ 7.5 billion.

In retaliation, the European Union has implemented additional tariffs this year on $ 4 billion in imports from the United States. European aircraft manufacturer Airbus and its US competitor Boeing, and through them the European Union and the United States, have been colliding since October 2004 before the WTO over public assistance paid to the two groups deemed illegitimate. ‘other.