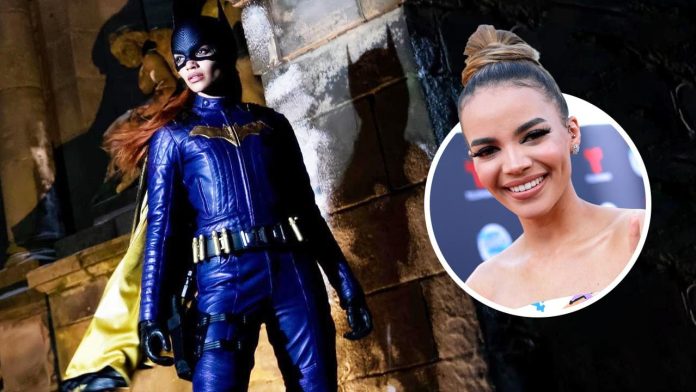 This is the first look at the new Batgirl!

Leslie Grace (27, “In the Heights”) appears in the biggest role of her life to date. On her Instagram page, she introduces herself as the new Batgirl.

Filming for the new comic book adaptation began in Glasgow, Scotland in mid-January.

In order to interact with Instagram and other social networks or display content, we need your consent.

Batgirl was first featured in the 1960s TV series Batman by Yvonne Craig († 78).

Although she embodied a strong woman who had been freed for the time being, her dress for one scene or another at the time was to be believed—and Yvonne Craig revealed herself in lingerie.

Alicia Silverstone also slayed in a black one-piece suit. But instead of being the daughter of Commissioner Gordon, captain of the Gotham City Police Department, she played Barbara Wilson, niece of Bruce Wayne’s butler Alfred Pennyworth. Her dress: Tight and body hugging.

Not only is the new Batgirl cast in the new strip new, but so is the costume.

Leslie Grace wears a leather one-piece suit that resembles the original comic book. And here it is not the upper body that is emphasized, but functionality. AND: The front of Batgirl now has a zip!

A small but significant development in the world of comic book adaptations!

The made-for-TV film (HBO Max) also stars JK Simmons (Batgirl’s father) and Michael Keaton (Batman). The broadcast is scheduled for the end of 2022.