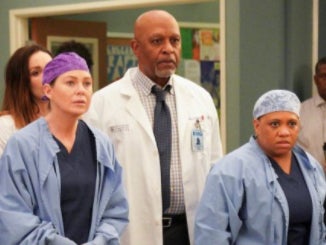 Showrunner Krista Venoff and lead star Ellen Pompeo were just a few of the younger ones to learn about the twist coming to the show’s 17th season premiere.

Naturally, that moment – which you can read about below – has sent fan excitement into overdrive.

For those who don’t know yet, the season 17 premiere brought back Patrick Dempsey’s favorite character, Derek Shepherd, for a dream sequence.

The scene was created after Meredith Gray (Pompeo), whom she works, was released from the hospital.

Inspired by the “intense” dreams people are experiencing in the lockdown, Vernoff said the decision to bring back some “dead characters” was made in the hope that it would give viewers “pleasure” after a difficult year.

Asked if Meredith’s mother, Alice (Kate Burton), could return, Vernoff said Final line: “You have to tune in and see who comes to the beach.”

Fans are wondering which characters will return in the next episode of this season, which will air on Thursday (November 19).

Catherine Hegel, who left the show in 2010 after the behind-the-scenes drama, is also said to have returned.

See also  "Don't Look Up": Netflix Has Released the First Trailer and Stills