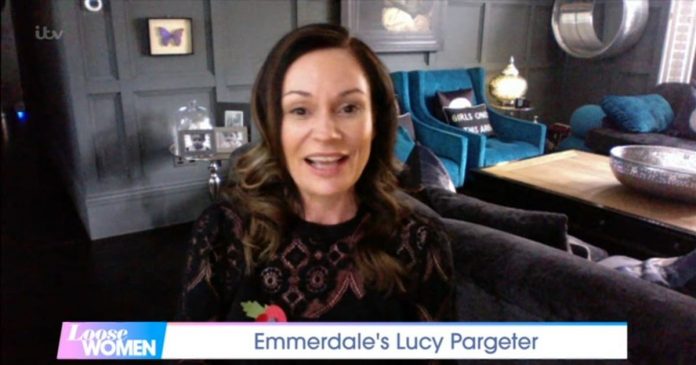 Chas and Paddy are on the rocks and enjoying a flirtation with Chas Al Chapman (Michael Wildman) which some viewers have branded as “cheating”.

Lucy explained: “It won’t be a simple outing, definitely not this week, there will be some more branches on the tree.

“Maybe something will be done with her that makes her think about what she would have done with the paddy.”

Paddy has also gone for a drink with his ex Mandy Dingle (Lisa Riley), as the couple is a bitter contender for the tot.

He added: “They’re going through a lot of pregnancy from Grace, losing Grace, and then the eve.

“L down down and the pub closes and all that pressure, they’ve done a horrible lot.

“Chas has reached a stage where I don’t know what she wants, if she needed stroking her ego or the old fisty chas she had.

“She’s not wandering but she’s entered into a potential touch in her relationship.”

Asked about the reactions from Emerald fans, he said: “The audience is hating Chas a lot at the moment because he seems to have a selfish flirtation and a pig-head with his relationship with Paddy.

Lucy also had to laugh with the hosts as she shared throwbacks from her pop star days.

Lucy was in a band called Pepperdolls, which toured with Boyzone in the 1990s.

“It was the best time, with three girls exploding along the way in the early 20’s, it was absolutely amazing!” She said.