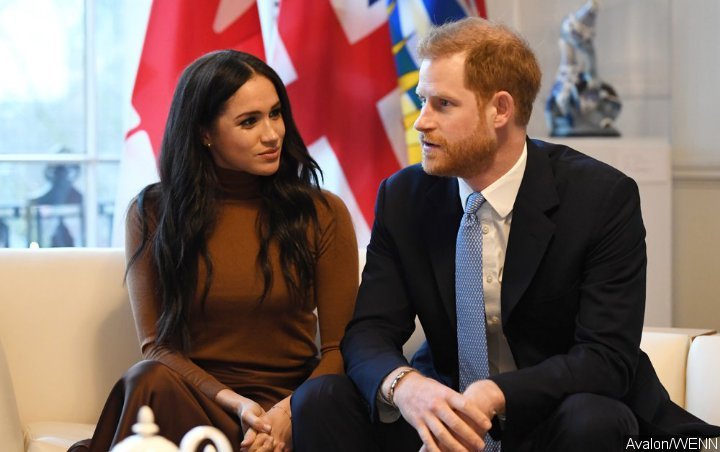 In honor of Remembrance Day in the UK, the Duke and Duchess of Sussex lay flowers that took the cloud from their garden individually to the cemetery of two Commonwealth soldiers.

AceShowbiz – Prince Harry and Meghan Markle The Duke and Duchess arrived in Sussex to donate black outfits while visiting the Los Angeles National Cemetery to pay their respects to fallen servicemen and women in honor of Remembrance Day in the UK.

In some of the photos taken at the annual event, the couple laid flowers that Megha personally took from their garden to the cemetery of two Commonwealth soldiers. One was serving in the Royal Australian Australian Air Force while the other was from the Royal Canadian Artillery.

In addition, they laid wreaths on an obelisk in the cemetery. His plaque features words that read, “In memory of the man of Hu. Fred’s life in defense of his country.” Harry wrote in the nest, “To all who have served and are serving. Thank you.”

The visit did not explicitly sit with the “Good Morning Britain” co-host Pierce Morgan Who blasted the couple on his Twitter account. “My God, they’ve turned Remembrance Sunday into another self-publicity stunt. Aren’t they ashamed?” Morgan wrote on the Blue Bird application on Sunday, November 8, referring to a visit to the LA National Cemetery by Sussex.

In another post, the TV personality, who criticized the couple several times, called the pictures “just insulting.” “Treating Remembrance Sunday as a PR opportunity, and trying to steal the headlines of the original Royals on duty back home,” he wrote. 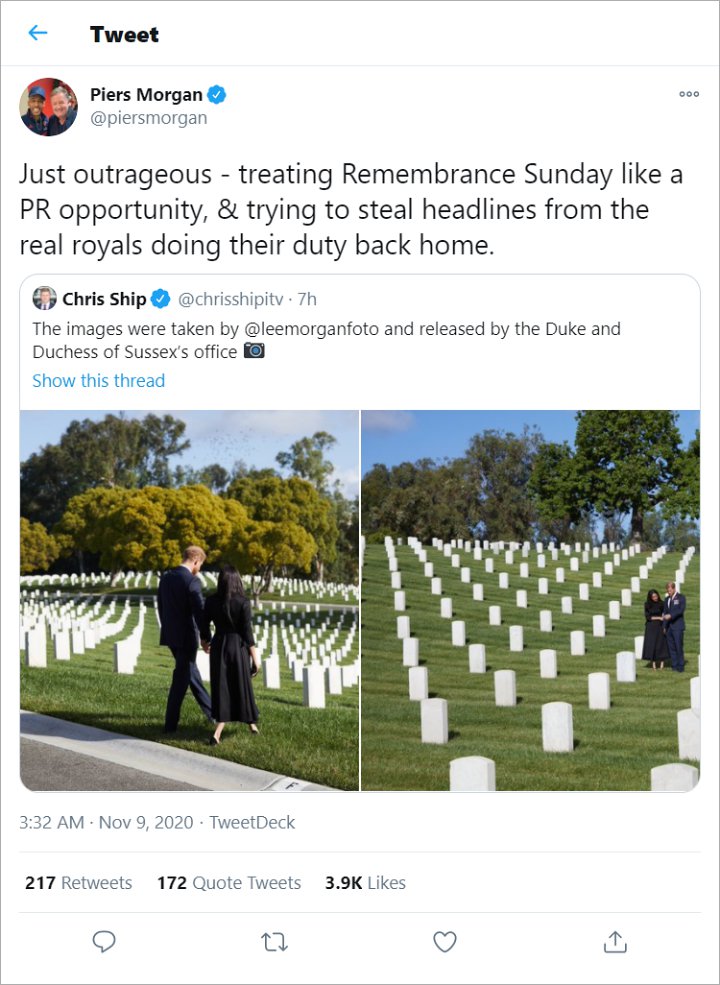 Meanwhile, members of the British royal family, including Prince Charles and Prince William, paid their respects to the servicemen and women who fell at the national monument. Harry, who resigned as a senior member of the royal family in January, requested Buckingham Palace to lay a wreath on his behalf, but the Sunday Times claimed the request was rejected because “he no longer represents the monarchy.”

Despite the denial, Harry remained positive during his interview on the “Declassified” podcast. He said in Sunday’s episode, “Even when we can’t all be together, we always remember being together.” For me, a memorable day is a moment of respect and hope. Respect for those who came before us and hope for a safer world. ”