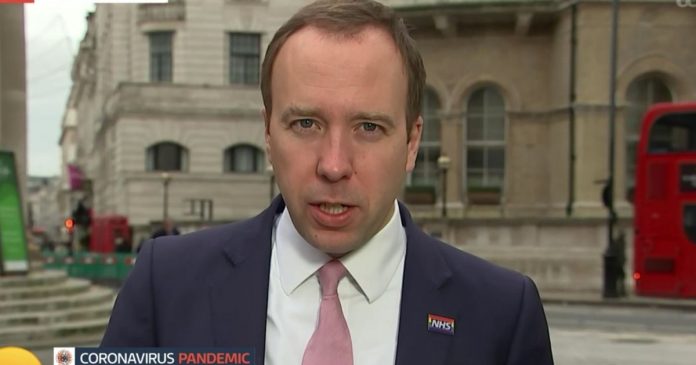 Pierce Morgan on Monday challenged Health Secretary Matt Hancock about his Good Morning Britain boycott, asking “if he has endorsed”.

But he soon tweaked his questioning, as Hancock claims he has now come to answer the questions, ignoring his main query.

Hancock first appeared on the GMB earlier this year, when the Covid-19 epidemic broke out in the UK.

Pierce asked the audience for answers, where he was and why he had not been on the show for six months.

After blaming former director of communications Lee Cain for the decision, he also wanted to know if he supported the boycott.

Hancock said: “It was great to hear your voice again with Pierce and Suzanne. Last week I was, all in short, and you told me to come back with my diary approved, and I’m here.”

But Pierce quickly turned back to ask how easy the question was, turning to Hancock.

Hancock went back: “Before answering for the third time,” I came here to answer all your questions: “As I say I was told to come last week, and I said I will come soon. As I can and I’m here. “

Not happy with his question being ignored, Pierce gives him back: “I literally just asked you a question, you didn’t answer,” asking him if he supported the 6-month boycott.

Stating that it was important, Piers nurse Hancock claimed before waiting for a response that he was working on empty items between epidemics, including “not far away” and building testing capabilities.

He then replied again: “I am ready to answer any questions.”

Realizing that he was nowhere to be found, Pierce went on to list all the mistakes and “mistakes” made by the government since his last appearance.

But Hancock was unwilling to admit error for many of the issues mentioned, especially in the context of the test, the ability to claim was met and is improving.

Within 24 hours of his exit, Pierce claimed he had received a phone call from Downing Street asking if he wanted to talk to Hancock on the show.

As the country went into lockdown, Pierce was outraged that at most government ministers refused to attend the series.

At one point he was embroiled in a series of fierce clashes with several lawmakers, including Hancock, following the government’s “keeping them in mind” control of the virus and measures taken to protect the public.

But all this has changed this week, as it has been confirmed that Hancock will be alive on the show – his last appearance is in April this year.

Pierce announced the boycott after Hancock agreed to confront him on live TV on Monday morning.

He tweeted to break the news: “Downing Street just got a call.

Good Morning Britain airs on ITV on weekdays at 6 p.m.