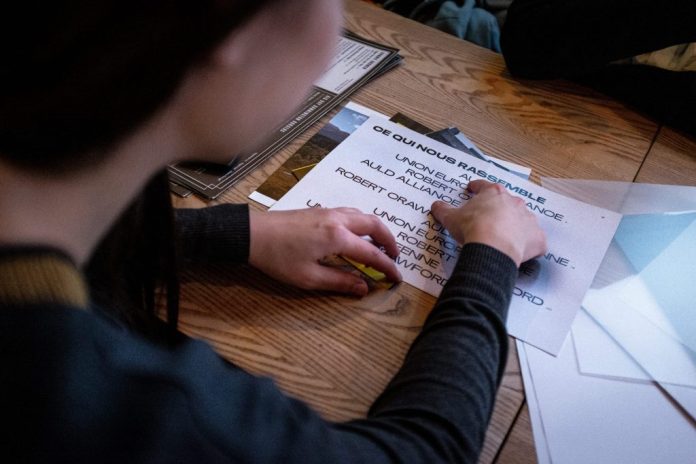 Envisioned by a quintet of young French people living in Scotland, Scottish Review Presents itself as the first media of its kind to talk about the country through a French-speaking prism. Half between a book and a magazine, each issue of it Mute will be an original work nurtured by the work of the five founders.” madly in love with this country,

We find in Asa Samke Roman Team, journalist, writer and co-creator of the Scotland podcast, Sarah Lachhab, Guide, co-creator of the same podcast, author and manager of the first French-speaking blog on Scotland, French Kilt. But Jean Roman-Samac, political consultant, Paul Malgretti, translator, poet and specialist in Scottish literature at the University of Glasgow, and finally Julian Marsault, journalist and photographer.

Together, they prepared this biennial magazine around six thematic volumes to appear for three years. The first, which is scheduled for publication in late 2022, will be titled “What Brings Us Together” to highlight the team’s shared values ​​and stories.

And to add to a press release:We will focus on the link between the metropolis of Glasgow and Marseille through an extraordinary photographic story, by the European Erasmus program or even on the history of the Franco-Scottish link (as the Old Alliance, or the Old Alliance). But on mutual enrichment. They say here and there).,

Created in Scotland by this team of immigrants who love their adopted country, the magazine will be printed in France. With a visual identity conceived by Manuel Marolo, a graphic designer from Nantes, the collective ensures that it is far from falling back into clichés and has gained ideas about this country’s strong ties with France. . For texts, the latter would include articles, reports, visual stories as well as poems.

In addition to quality books, diverse content and travel invitations, the collective intends to build a genuine community around La Revue. A virtual community, but not only because the founders intend to hold the gathering in Scotland”To bring together Francophone and Francophile communities,

the countryside Always active to try to reach his other levels.