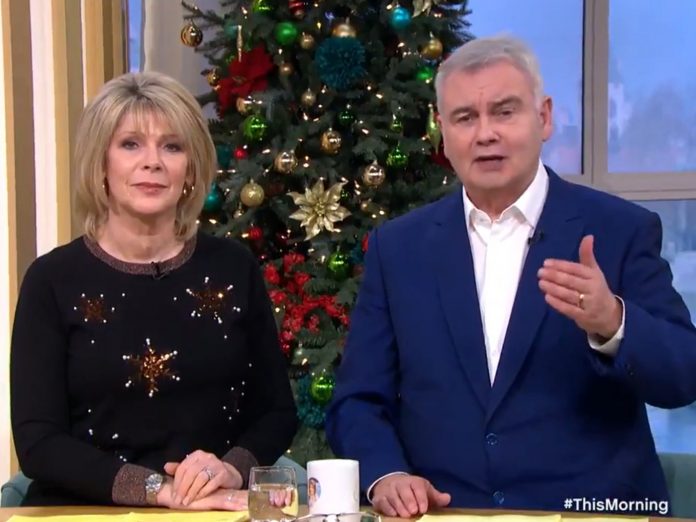 On the long-running ITV chat series, Holmes interviewed a schoolteacher, accusing him of misrepresenting the songs from the popular Christmas carol “Jingle Bells.”

Presenter and co-presenter Ruth Langsford joined This morning Singing “Jingle Bells” by a group of teachers and children at Wormholt Park Elementary School in west London.

However before they started singing, Holmes tried to figure out what songs they intended to sing.

Holmes, however, insisted that the song contain the word “hey” instead of “oh.”

Langsford tried to argue that the lyrics were correct, but Holmes reiterated that the teacher’s words were incorrect.

On social media, viewers posted their reactions to the bizarre encounter, with many arguing that the exchange was unnecessarily “awkward”.

“Someone else wrote,” he was not impressed that he tried to quarrel with a teacher in front of his class on live TV. Another wrote that he had “battled” the teacher.

However, others agreed with Holmes, many saying that the true lyricist was in fact “hey”.

The school wrote, “We don’t mind what you say, we are just so proud of our 2 year olds and their wonderful teacher.” “Thank you #Community આમ for the invitation and thank you so much to #Singh #Janglebables.”