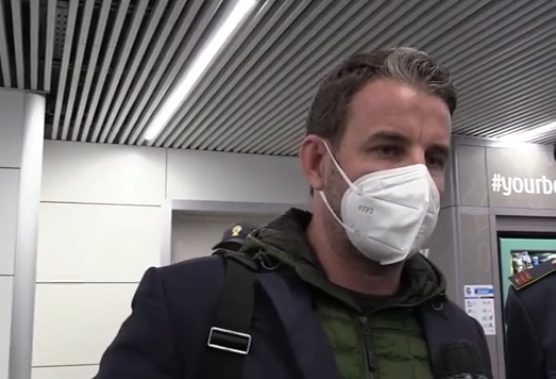 Venetian businessman Marco Zenaro, who was detained for a year in Sudan over an unjust charge, has returned to Italy: “a nightmare is over”.

a year later marco zenaro he came home. Venetian businessman after being trapped and spending unfairly in Sudan long months in jail For an allegation never really proven, he was able to return to Italy. “A year later a nightmare ends: weather, sandstorms complicate the situation … But now I’m finally home!”, words were spoken at Fiumicino airport after landing late today. “Freedom in Sudan is a different concept from ours – added Zenaro – people in Sudan are not born free like us; they can take your freedom as if nothing had happened, whereas for us it is an absolute value that can hardly be understood if one is born and lives in Sudan”.

Marco Gennaro during his detention in prison

Tired but in a good mood, the entrepreneur was accompanied by a long journey, which brought him back from Sudan to Italy by Luigi Maria Vignali, the Director General of Foreign and Migration Policies for Italy. A few words and a few hugs before going to the Olympic Stadium where he participated in the 6 Nations rugby match Italy-Scotland, which was the guest of the FIR, of which he is also registered. He will then board the train that will take him to Venice station where his friends and family will be waiting for him. Among them was a father who fought from day one to get his son back home and criticized Italian institutions, “which apparently did not want to solve an apparent kidnapping aimed at extortion: if Marco gets out.” Gone, then he needs only and exclusively for himself”, to his words, however, he replied immediately after his Zenaro Jr. “Farnesina did what she could, I didn’t feel abandoned by institutions – said the entrepreneur – the Sudanese context is very difficult, worsened by coups, by widespread misery and suffering from a social, political and economic crisis.” country for a very long time”.

After his release months earlier, because the charges were dropped, Marco was waiting for the green light to be able to leave Sudan, which had come not long ago, even though there were some inconveniences that delayed his departure. Like Khartoum and a blizzard hit Istanbul, where it had to make a stopover. Then a few days ago the news of departure was confirmed and this morning the arrival in Rome informed the family with a message: “I am on the plane”.