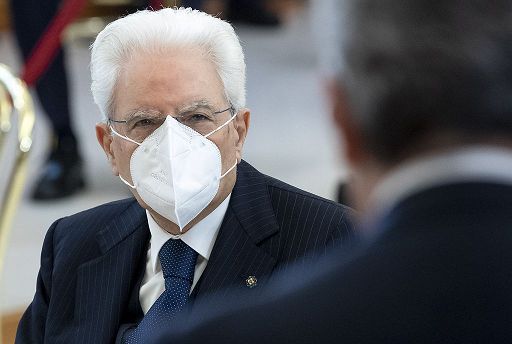 Ceremony at the Mausoleum, Present Casalati and Fico

ROME, March 24 (askanews) – Sergio Mattarella, President of the Republic, along with the Presidents of the Senate and Chamber, Elisabetta Casellati and Roberto Fico, and Defense Minister Lorenzo Guerrini, took part in the 78* anniversary commemorative ceremony this afternoon. Massacre of the Fosse Ardetaine in Rome, where 335 civilians and military people, political prisoners, Jews, ordinary prisoners were killed.

Welcomed by a department representing all of our armed forces (Army, Navy, Air Force and Carabinieri), as well as the Guardia di Finanza, the State Police and the Red Cross, Mattarella placed a plaque on a plaque dedicated to the victims of 24 March 1944. Laurel wreath. Retaliation by German forces after a partisan attack through Rasella. Attack in which 33 Germans were killed.

Francesco Albertelli and Marco Traciani, president and general secretary of AMPIM (National Association of Italian Martyr Families), spoke while reading out the names of 335 people killed at the ceremony.

The commemoration – which included, among others, Lazio Region Vice President Daniele Leodori, Rome’s Deputy Mayor Silvia Scosze, Rome’s Metropolitan City Deputy Mayor Pierluigi Sanna – continued with Catholic prayers recited by the military. The work was performed by Ricardo di Segni with the priest, Monsignor Sergio Siddi, and Jewish prayer. Finally, President Mattarella paid tribute to the victims by visiting the Ardetten mausoleum in the caves where the massacre took place.