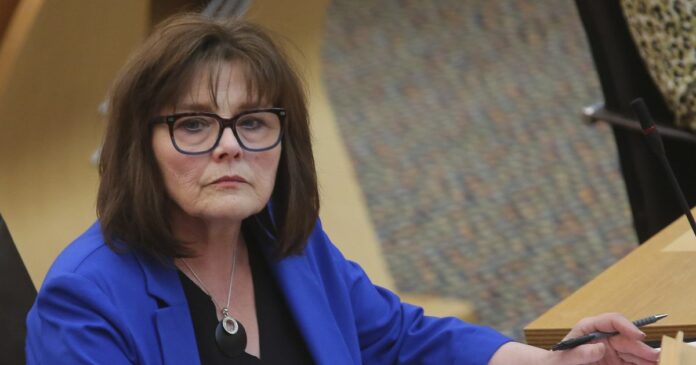 Health Secretary Jeane Freeman has announced she is to quit Holyrood.

The SNP MSP says she will not stand for election at next year’s Scottish elections.

The 66-year-old has served as Cabinet Secretary for Health and Sport since June 2018 after previously holding the position of Minister for Social Security in Nicola Sturgeon’s Government.

Freeman has been forced to deal with a series of difficult issues during her stint as Health Secretary.

She has been dogged by the twin scandals surrounding the Queen Elizabeth University Hospital (QEUH) in Glasgow and the new Sick Kids’ hospital in Edinburgh.

Freeman was forced to order a public inquiry to examine a raft of issues at the Glasgow super hospital including a series of deadly infections that affected patients while the probe will also look at the costly delays that led to the new kids’ hospital in Edinburgh being mothballed for a year.

The coronavirus crisis has also piled further pressure on the SNP minister with Freeman facing tough questions over the decision to move patients from hospitals to care homes during the early stages of the pandemic.

And the Health Secretary has now decided to call it a day at the next election in May 2021.

Freeman said: “After very careful thought I have decided not to stand for re-selection as the SNP candidate for Carrick, Cumnock and Doon Valley in the 2021 Scottish Parliament elections.

“It has been a real privilege and pleasure to represent the Ayrshire I grew up in and which in so many ways, made me who I am today.

“I have also been privileged to hold two Ministerial offices in the Scottish Government in that time, initially charged with setting up Scotland’s first social security service  and now as Cabinet Secretary for Health.

“In Government and as a local MSP for a great constituency, I have learned a great deal and have had the opportunity to work with very many talented, committed and compassionate people.

“I will be 67 later this year and 72 by the end of the next Parliamentary term and while I have a great deal of energy left and more I want to do, I think it is the right time for me to stand aside and let another take forward the work as an MSP for this constituency.

“Carrick, Cumnock and Doon Valley is a beautiful part of our country and it is full of talented, enterprising and hard working people. It will be an honour for whoever wins the constituency seat, as it has been for me.

“I have been hugely supported by SNP members in Carrick Cumnock and Doon Valley and am grateful to them to them all. I owe a particular debt to my hardworking and excellent constituency staff, Tracy, Paul and Jayde without whom I literally couldn’t have done the job.”

Freeman, who was previously a member of the Labour Party and acted as an adviser to former Labour First Minister Jack McConnell before embracing the independence cause, added: “I remain even firmer in my conviction that the right future for the people of this constituency and of Scotland is one where we have all the democratic and decision-making powers of a normal country.”

“Securing independence by securing the right of people in Scotland to choose their own future will allow us to build on the progressive work of the SNP government since 2007 and fulfil the potential of this place and this country to build the prosperous, inclusive and progressive future we want for all of us and for future generations.