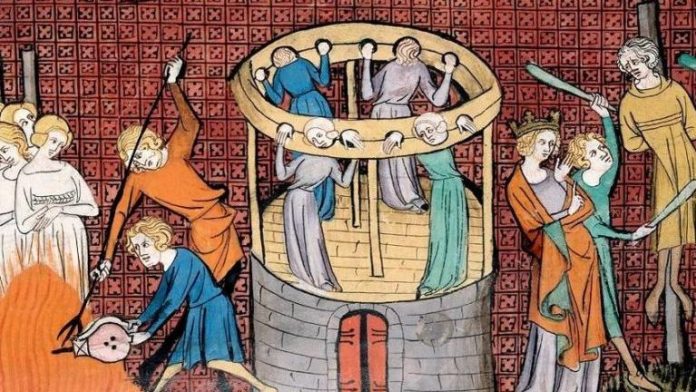 “They weren’t witches, they were women” and from this moment cursed in their name and burned or hanged on pyre, will forever be associated with the beauty of a garden or park or street. Catalonia wants to go to the other side. And, centuries later, he proposed not only to claim, but to enrich the memory of the victims of that terrible persecution. At the end of January the Catalan parliament approved a resolution to “repair” the historical memory of the “unjustly condemned, executed and repressed women throughout history” for witchcraft, thus “enthusiasts and their claims”, He was declared a “victim”. of misogynistic oppression”.

A text in favor of which both the independence majority (Esquera Repubblica, Juens per Catalunya and Cup) and center-left formations (Socialista and En Como Podem) voted in favor. In contrast, center-right.

The “witch hunt” in Catalonia was particularly fierce and obsessive, especially between the 15th and 18th centuries. Recall the Catalan history magazine Sapiens, campaign promoters with the slogan “they weren’t witches, they were women”, as were women at stake who “embodied the female model rejected by the patriarchy and who , in some ways, continue to feed off stereotype sexists. Witch Hunt tells us about a structural malady that in the past served to put women in “their place.”

But now that the area has moved on and taken on historical guilt, people will be able to return to live, for example, on Calle de la Maria Joneta, Calle Antonia Rosquales or Calle Margarida Puig aka Casadora Three of the 14 women were hanged, including a 12-year-old girl, in Viladrau town of Girona. One piece compared to the very long list in which the names of 800 “witches” appear, accusing them of doing evil, dancing with the devil, turning into animals or birds. At the end of the torture he “confessed” his sins, as did Elisabeth Marto, who on 28 July 1620 in Vic Prison (Barcelona) said that he had arrived with Satan at Agufreda. A confession when he was being tortured: his hands were tied behind his back and the body was suspended from the ceiling with a pulley. She died on the gallows.

« The Policy of Remembrance and the Remedial Act are fundamental initiatives already initiated in other European countries, where persecution has been intense, especially in the North. The idea is that the trials for crimes of witchcraft were completely devoid of legal guarantees and minimal respect for the law”, observed historian Pau Castell of the University of Barcelona in the newspaper El País.

Catalonia follows a route already discovered by Navarre and – outside the Iberian Peninsula – by Switzerland, Norway and Scotland. About 4,000 people in this land accused of witchcraft (84% were women), are now rehabilitated, thanks to a Member of Parliament’s bill, which received the support of Nicola Sturgeon’s administration. The initiative, launched after a two-year campaign by the “Witches of Scotland”, follows field choices made in 2001 by the Massachusetts House of Representatives in the United States, which declared the victims of the trials innocent. Salem Witches.

The campaign’s creator Claire Mitchell explained to the Sunday Times: “In the period between the sixteenth and eighteenth centuries, we Scots killed five times more people, per capita, than elsewhere in Europe, and most of them were women”. . The quest for witches in Scotland continued from 1563, when the Witchcraft Act was introduced, until 1736, when it was finally repealed. Among the accused was Gaillis Duncan in 1590—whose character appears in the TV series “Outlander”—who, under torture, admitted to meeting the Devil in order to disrupt the king’s ships.