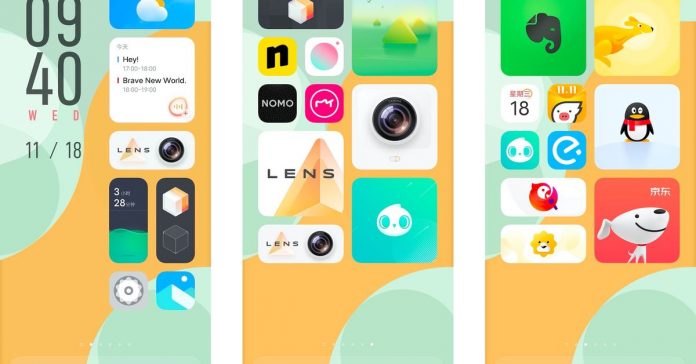 Vivo has announced its new Android-based operating system at its annual developer conference in China. The Original OS is a successor to Fantuchos and has a complete design profile that prioritizes widgets, arranged in a grid-like layout. Widgets can update themselves with notifications called “nano alerts”.

“The origins of the Origin smartphone center around three boundaries based on customer demand: design, simplicity and convenience,” Vivo said in a statement. “Origin OS revives familiar features with exciting new designs to create the ultimate smartphone experience.”

No. There are all skinned versions of AndroidWith similar instructional design, color palettes and the use of transparency, Vivo’s Funtuch OS has long been a clear feature of iOS. Origin’s tile-based approach to widgets, not a million miles away Apple introduced iOS 14 this year, Although it was not exactly the most unique design. For its part, Vivo says it is inspired by Klotsky’s Chinese variant sliding block puzzles, Huarong Dao.

Vivo also claims that the Originos will be less resource-intensive than the RAM Touch, with lower RAM requirements. We’ll have to test for ourselves once it’s rolled out, but there’s little information on that – Vivo hasn’t said anything about a release date. However, the company did show a mockup of the OS running on it Current X50 flagship phone (Above)