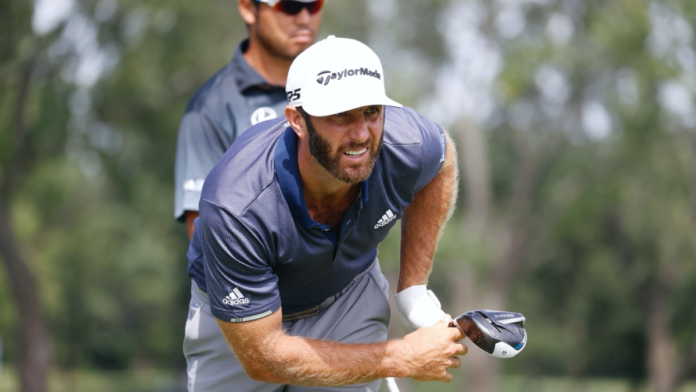 It might be time to change the advertising for the 120th U.S. Open at Winged Foot in three weeks. After this week’s BMW Championship, that will play as the 121st U.S. Open. For the third straight day, Olympia Fields delivered the goods to a field stacked with the best in the world. After 54 holes of play, there are just two players better than 1 over, and we could be in to see a winning score on Sunday that we haven’t seen in two and a half decades.

Unsurprisingly, a handful of the best ball-strikers in the world (and maybe of all time) have risen to the top in this incredibly taxing week. Patrick Cantlay dropped off, but when Adam Scott, Dustin Johnson, Rory McIlroy, Jon Rahm and Hideki Matsuyama are still prominently involved, you know the test is a difficult one. Let’s look at how Round 3 went down and what to expect going into Sunday’s finale.

T1. Hideki Matsuyama, Dustin Johnson (-1) — D.J. winning last week at 30 under and this week at even par would be something. He left a handful of putts short on Saturday, but he seems to be galloping when it matters most. He’s the favorite going into Sunday for a reason. Matsuyama actually leads this field in strokes gained from tee to green, but a lot of that is because he’s holed out multiple times around these greens (including on Saturday on the first hole for eagle). I’m less confident about where he’s at with his swing than D.J.

T3. Adam Scott (+1) — I’m not totally sure what to make of Scott’s week so far. He’s driving it terribly, hitting his irons great and putting at the second-best rate in the field. That doesn’t feel like the formula for an Olympia Fields winner — especially not this week — but I also wouldn’t be surprised to see him absolutely destroy fairways and greens on Sunday en route to a 68 and the victory. Just go in knowing it could go poorly.

T3. Joaquin Niemann, Mackenzie Hughes (+1) — Get Niemann at 100-1 to win Winged Foot while you still can. He has every shot shape and trajectory in the book, and they’ve been on display this week at Olympia Fields. He’s top five from tee to green and losing strokes with his putter. That’s a good formula if you’re looking for somebody to pop on Sunday afternoon for 18 holes.

T6. Rory McIlroy (+2) — McIlroy fought himself a bit on Saturday as he didn’t hit it quite as well as the first two days and three-putted the third hole to put himself at a deficit early on. Still, even when the opportunity to eject presented itself, he hung in late and gave himself a chance on Sunday. He’ll have to either give himself more opportunities with his short irons or hit some long putts (he only made one over 8 feet on Saturday) to raise his 19th PGA Tour trophy on Sunday evening.

Want the sharpest DFS advice, picks and data-driven golf analysis? Listen below and subscribe to The First Cut Golf podcast where we explain what’s happening on the course so you can win off of it.

T6. Jon Rahm, Sebastian Munoz, Kevin Kisner, Bubba Watson, Brendon Todd (+2) — Rahm finished right as the leaders were teeing off on Saturday, and now he has one of the last tee times on Sunday. He shot a round-of-the-week 66 in Round 3 (with a one-stroke penalty for forgetting to mark his ball on the 5th green!). Don’t let the +2 score fool you, he’s very much in this event. McIlroy said earlier this week that this tournament was most similar to Muirfield Village about two months ago, which Rahm went on to win. If he goes something like 66-67 on the weekend here to win this tournament, that might be an even better win than the Memorial was.

T55. Tiger Woods (+10) — Big Cat had a rough day at the very end of his round. He made triple on the 17th hole that erased the great work he did leading up to that. His putter was much better on Saturday, which is an encouraging sign going into the U.S. Open at Winged Foot, but Woods can’t seem to put his entire game together for a single tournament. He’s not that far off, but the margins are mega-slim at this time of year in this type of field.

CBS Sports was with you the entire way updating this story with the latest scores, updates and highlights below. Check out the live scores at the top of this story, a more detailed leaderboard and our complete viewer’s guide.