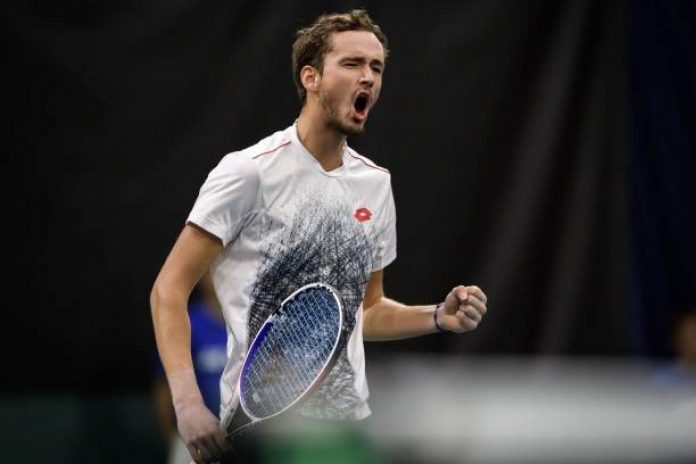 The bad boy of today’s tennis world, Daniil Medvedev, beat Dominic Thiem in last Sunday’s ATP final at the O2 in London, to take the ATP Men’s Tennis crown. It could well provide the impetus that the 24-year-old Russian needs to become the top-ranked player on the ATP circuit next year.

No one can doubt the quality and determination that Medvedev showed during the ATP finals tournament. He defeated the world’s best in his run-up to the final itself.

First, he beat Alexander Zverev, the 23-year-old German, ranked No 7 in the ATP rankings. Then he beat the World No 1, 33-year-old Serbian, Novak Djokovic. Next, came the 28-year-old Argentinian, Diego Schwarzman, ranked No 9. He was followed by Rafael Nadal, the 34-year-old Spaniard and World No2.

Then in the final, he bested Dominic Thiem, the 27-year-old Austrian and World No 3 – the player tipped by many to take over from the “old guard.” But, with the sustained performance that Medvedev gave over the entire duration of the tournament, maybe he is the one to watch, if of course, he can control his fiery temper.

The mercurial Russian is somewhat reminiscent of another young player – a certain, “You cannot be serious,” John McEnroe. McEnroe, now regular tennis pundit, was one of youngest players ever to win the US Open, a stage which in 2019, almost proved the undoing of Medvedev.

The Russian is infamous for his angry reactions, and it was at the US Open in 2019, when he played Feliciano López in their 3rd round match at the Louis Armstrong Stadium, that Medvedev lost his cool. After receiving a code violation from the umpire, snatching a towel from a ball person, throwing his racket away and giving a middle finger gesture to spectators, he was understandably booed by the crowd.

However, he recovered some favour from the crowd during the final, where he finally lost in a five-set thriller to Rafa Nadal. It was that same steely determination that he showed again in the ATP final last weekend when he beat Thiem.

Controlling his temper is going to be the issue going forward if he is to reach the top of the men’s rankings. He has yet to win a Grand Slam, but having reached the final of the US Open and now after his terrific display at the O2, you feel it is only a matter of time. His unbeaten run made him the first player in 13 years to defeat the top three ranked players in the world in the same week.

After such a great win, one might have expected a jubilant reaction. But paradoxically. Medvedev simply shrugged his shoulders and walked calmly up to the net where he clapped the beaten Thiem on the back. Afterwards, he remarked that this type of non-celebration would be his thing from now on. But with the difficulty he has with keeping his emotions in check, who knows?