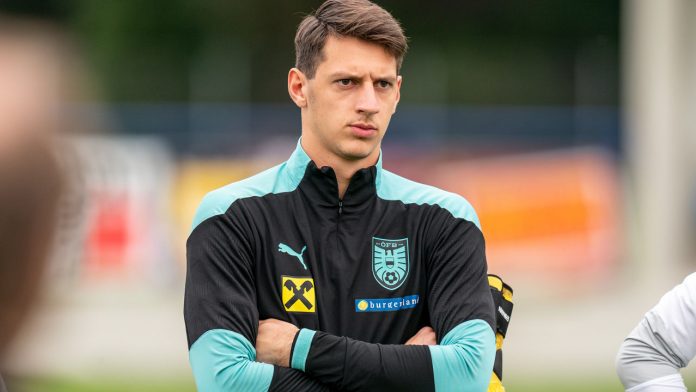 U21 team goalkeeper Fabian Ehman will leave Aris Thessaloniki. Allaboutaris.com reports that Graz’s man has reached an amicable termination of the contract with his employer.

Ehman moved to the Greek port city for about a year and a half before SK Sturm, where the goalkeeper played twelve competitive games. Styler had made a regular spot between the posts shortly after his move, with Ehman constantly on the bench or stand during the current season.

Ehman went through SK Sturm’s youth before being loaned to Kaffenberger SV for one season for the 2018/19 season.

Are you interested in Demir in Salzburg? Dude: “don’t wanna rule anything”

Users’ comments do not necessarily reflect the opinion of the LAOLA1 editorial team. LAOLA1 reserves the right to delete comments without assigning reasons, especially if they violate criminal or civil law norms, oppose common decency or otherwise run counter to LAOLA1’s reputation. We refer specifically to our terms of use in this context. In such cases, the user cannot claim any claim. In addition, Sportradar Media Services GmbH reserves the right to claim damages and report crimes related to criminal law.