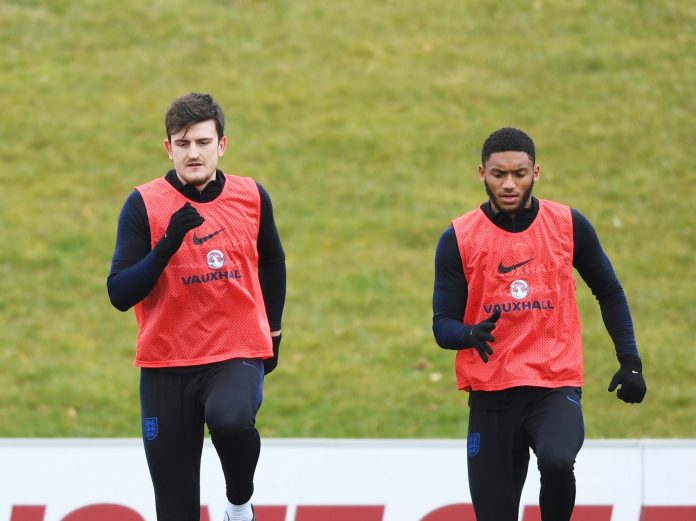 Former England defender Gary Neville has said manager Gareth Southgate will never be able to win a major national team with a center-back.

England will face Wales in a friendly at Wembley Stadium this evening ahead of the Nations League fixers against Belgium on Sunday and Denmark on Wednesday.

Manchester City full back Kyle Walker was also named in the squad and had previously played outside England for the back three.

“I don’t think there’s a center-back partnership that is as good as Gareth wants to take, which is the final of the tournament and the tournament is winning,” Neville said. Sky Sports.

“Then whether it’s Maguire and Gomez or Maguire and [John] Stones, I don’t think it will be good enough. ”

Neville suggested that a lack of quality could force Southgate to opt for the back three, which he deployed during the 2018 World Cup in Russia, where England reached the semifinals, and on the last outing of the Three Lions – a 0-0 draw against Denmark in the Nations League.

“I think he needs the stability of the three,” Neville said. “I think Kyle Wacker, probably one of the three, comes into it, because I think Trent Alexander-Arnold is winged.

“I think Walker can play there at his own pace. I believe [Ben] Chilwell can play behind or to the left of three potential Stones.

“I think with the players [Southgate] Got it, England are better with three and that’s why he’s back to it.

“I was surprised he came after the World Cup. That was one thing [surprised me]”

England are second on four points in their Nations League group – two leaders behind Belgium. Denmark are leading the Southgate men by one point, while Iceland are bottom of the four-team group with zero points. All four leagues have played two games so far in the side competition.

Tonight’s opponents Wales are top of Group B with six points, second only to Finland (three points), third to the Republic of Ireland (one point) and Bulgaria (one point). All four teams have played two games in the competition so far.