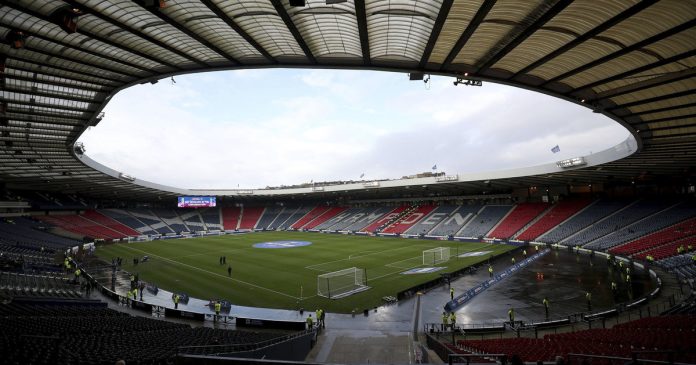 Glasgow The Scottish Football Association (SFA) is said to have bought Hampden Park in Glasgow from Queen’s Park FC. The association intends to remain loyal to its national team’s home stadium and continue to play there.

Hampden Park Stadium in Glasgow will continue to be the venue for future Scotland international matches. The Scottish Football Association (SFA) made the announcement on Tuesday after a lengthy decision-making process. At the same time, the SFA announced that they would buy the stadium. After the current lease expires in 2020, it will acquire Hampden Park from the previous owner, Second Division football club Queen’s Park FC, for an amount of five million pounds (about 5.6 million euros) and then modernize it. Queens Park will be shifted to another stadium.

The SFA recently considered playing the national team home games in the future at Edinburgh’s Murefield Stadium, where the Scottish rugby team also plays. Now, however, Hampden Park is to remain the “home of Scottish football”. The stadium will also be the venue for four games at the upcoming European Football Championship in 2020.