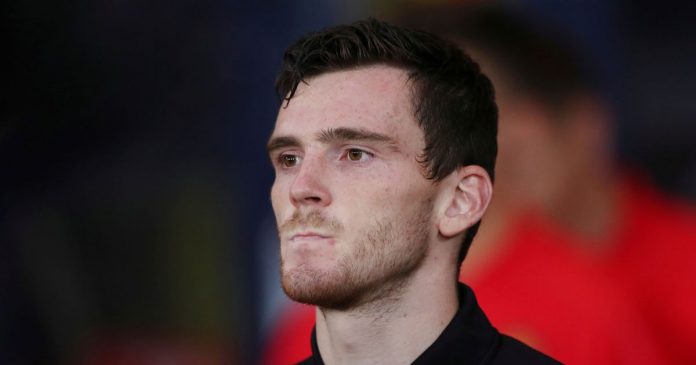 Yandy Robertson suffers from a hamstring issue while international duty could be another major injury for Liverpool.

Scotland boss Steve Clarke has confirmed he was skeptical of Sunday’s UEFA Nations League clash with Slovakia before leaving Liverpool.

Ahead of the fixtures, Clark said: “Andy Robertson is the most suspicious of people who have an instant mark on them.”

The news will be largely for Jurgen Klopp and Liverpool, with Virgil Van Dijk, Trent Alexander-Arnold and JG Gomez out of injury.

Even without the Reds Fibinho, who filled in on the center-back, Joel Matip is now the only valid center-back available to Klopp.

It’s been a heavy season so far – so make sure you don’t miss a single thing by signing up for the brilliant new Mirror Footbalt Newsletter!

Liverpool will hope Clarke’s decision is cautious and will be appropriate for the Robertson Reds to take over Lexter City next week.

Van Dijk was the first of Liverpool’s defenders when he suffered a serious injury by breaking his ACL in the Merseyside derby.

The Dutchman underwent successful surgery on his knee, but has been facing the coast for nine months.

Fabinho was then injured in the Champions League before Alexander-Arnold was knocked out of Liverpool’s draw with Manchester City.

Finally, Gomez was injured while on England duty in a contactless incident at St George’s Park. There is no deadline yet for when he will return.

Can Liverpool retain the Premier League title this season? Here’s what you have to say.

* Sign up for the latest news and transfer chat at the MirrorFutbl email here.