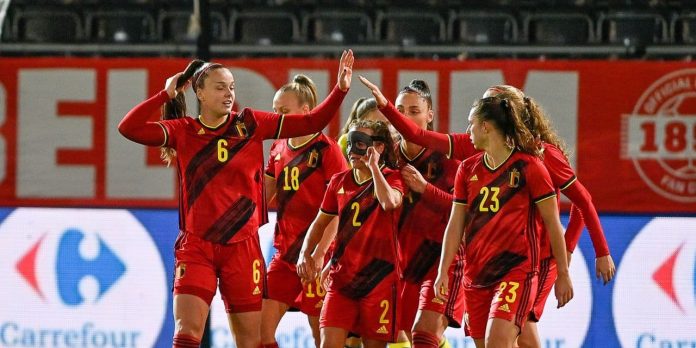 A few months before the Euros and a few weeks before a city trip to the Balkans to continue qualification for the 2023 World Cup (in Albania and Kosovo in April), the Red Flames are going step by step in their preparations.

In the first leg, Belgium will be sent to Spain from 16 to 22 February to participate in the Pinar Cup along with seven other countries there.

A tournament in which Belgians will participate for the first time and which is played in San Pedro del Pinatar. Two pools have been created and Belgium finds itself alongside Scotland, Wales and Slovakia. The first match is to be held on February 16 at 8:30 pm. In the event of a win, they will play against the winner of the Wales-Scotland match. In the event of a defeat, on February 19, it will be against the loser.

“The tournament will be held on a winner-loser system, so each team will be guaranteed three matches. Group B meanwhile consists of Hungary, Ireland, Poland and Russia. All finals from first to eighth place will be held on Tuesday 22 February. will be played at the Pinatar Arena and La Manga”, specifies the RBFA.

Slovakia is a country that pleases coaches: “For the World Cup, the Slovaks played in a series with Finland and Sweden, against which they lost each time. So Slovakia would be a good challenge for our team looking at our other qualifying matches. The World Cup against Kosovo. Looking ahead to the European Championships next summer, and of course, to Albania, and of course. As the highest ranked country, we clearly have the ambition to finish as high as possible in Spain., he believes on the RBFA website.