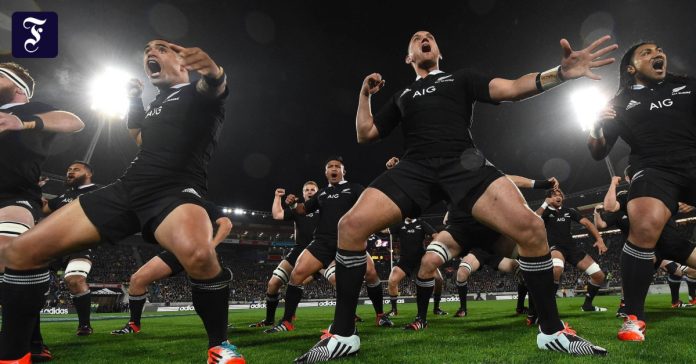 Germany finished the European Championship season in tenth place in Olympic Sevens Rugby. Notable victories were recently recorded in Bucharest against Scotland (19:17) and England (24:12). There are ups and downs, but the 2016 Olympics may be too early. Conversation with Manuel Wilhelm, the competitive sports official of the German Rugby Union.

Can German rugby players build a lot of muscle in a short amount of time?

It is certainly not every day that Germany wins in rugby against top teams like Scotland or England.

This is not an everyday thing, but we have worked hard for a year and a half now, including starting at 8 in the morning. We are not yet completely satisfied with what we have achieved. But we are on the right track. We have gained a lot of respect in the last few months.

Where is German Sevens Rugby?

I think we have the ability to consistently play in the top 6 in Europe. We can always beat a team in the top 6, but our performance is still inconsistent. It would be redundant to say that we regularly beat the French or the English now. We are now home from Bucharest, came together and said that we want to attack the top 6 next year, because then we will also be in the Olympic A team in DOSB as a team sport. That is the short term goal. And in the medium term we want to move to the 2018 World Cup Sevens Rugby. If you are in the top eight in Europe, you can qualify for the World Cup.

Has Germany mainly improved in terms of sport, or is Germany now mainly getting down to business?

It is the first truly competitive event in the German Rugby Association. For example, the overall fitness of the team has improved a lot, and we are more solid in terms of the game. However, our biggest weakness is still the connectivity situation. The top European nations are stronger, stronger and more adamant. We need a better prepared tournament. We are now working on that in collaboration with the Wild Rugby Academy in Heidelberg. It’s not overnight. To develop muscle, you have to train continuously for a few years. For us, the 2016 Olympics in Rio is certainly not our stated goal, we are looking at it a little more long term.

Couldn’t Germany have already been far ahead in Olympic Sevens rugby? Did you get the slightest slack of growth in this discipline?

We cannot do hara-kiri, which has happened from time to time in German rugby in the past. It has always taken us one step forward, but also 20 steps back. Now we have to make sure that we grow slowly but steadily. We are doing a really good job even if we get the least funding for any Olympic sport. There are 75,000 euros per team, men and women.

No, we have sports troops in rugby and that means we have four people on our team who focus entirely on rugby.

Despite the rise, will Germany be defeated by New Zealand’s “All Blacks”?

See also  Jets Le'Veon Bell praises Sam Darnold but states QB has to continue to be healthy, so 'no bars'

Hitting is the wrong word. Therefore, we will not win the game. But I will count on us to score points. We will sell ourselves dearly.