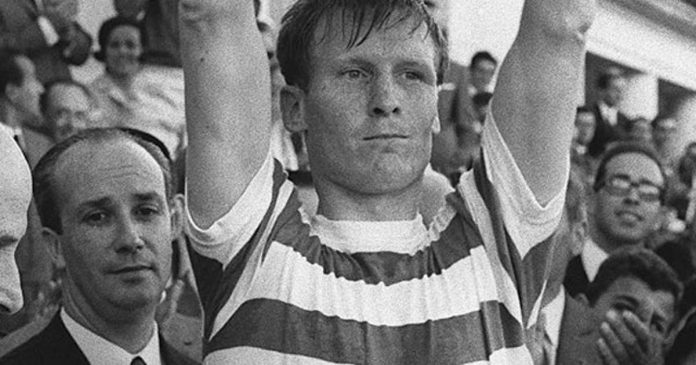 Billy McNeil, who previously captained the British Masters Cup winners, Celtic Glasgow, has died at the age of 79.

Defender McNeil led his team to a 2–1 victory over Inter Milan in the then European Cup of Masters in Lisbon in 1967. The victory of the so-called “Lisbon Lions” was the first European Cup title win by a British team. One special thing was that all the players of this team were born in and around Glasgow.

McNeil won the Scottish Championship nine times with Celtic, the FA Cup eight times and the League Cup seven times. He was named Scotland’s “Footballer of the Year” in 1965. Following his professional career, he served as head coach between 1978 and 1983, and between 1987 and 1991, leading Grunweisen to four championship titles and three cup victories. A bronze statue in front of Celtic Park was dedicated to McNeill in December 2015 for his services to the traditional club.

«Billy suffered from dementia for many years and fought brilliantly till the end. He showed strength and bravery, as he has always done throughout his life,” said the family statement published by the club.