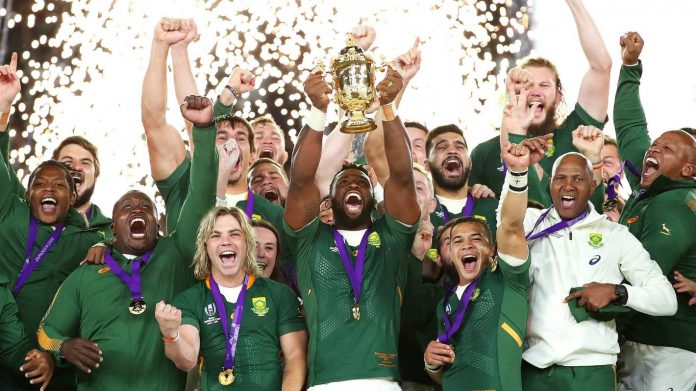 The Springboks’ preparations for the British and Irish Lions Tour next year received a major boost as it was confirmed that 4 former Super Rugby teams would play in the Rainbow Cup against PRO14 clubs from the Northern Hemisphere.

The competition starts from 17 April next year. The Bulls, Lions, Sharks and Stromers compete in games in the Northern Hemisphere against teams from South Africa and Ireland, Wales, Scotland and Italy.

South Africa rugby director Rassie Erasmus said the timing of the Rainbow Cup was “perfect”, as it would provide stiff competition for the country’s best players ahead of the Lions tour.

“This will eventually bring our Super (Rugby) teams back to international competition after a year of absence and comes at an ideal time to prepare for the British and Irish Lions Tour,” Erasmus said.

Continue reading:
* * Why the Springboks should leave the rugby championship and join the Six Nations
* * The Springboxes will still not attend the Rugby Championship as the game begins in South Africa
* * The great Frans Stein of Springbok is pushing South African rugby to the north

He said, ‘This will be an edge in the domestic league and reminds our players of the different types of rugby when they live here.

“Our players will face a lot of players who will be on Warren Gatland’s roster and it will be very interesting to see our players adapt to the challenge.”

South African teams broke away from Super Rugby after NZ Rugby became clear as it wanted to move away from the competitive structure that had existed since 1996.

Later, when Sanjar tried to start the Rugby Championship in Australia, the Springboks did not participate. As a result, the tournament was played between New Zealand, Australia and Argentina and was referred to as the Tri Nation.

The Springboks have not played since beating England in the 2019 World Cup final in Yokohama.

The Lions will play eight matches in South Africa from July 3 to August 7, the last three of which will be played against world champions Springboks.

The 16 teams of the Rainbow Cup will be divided into two groups of eight, consisting of two Irish, two South African, two Welsh, one Italian and one Scottish club.

Each team plays a game against each pool opponent and the teams that are at the top of their group face each other in the final on 19 June.

SA Rugby said negotiations were underway to allow South African teams to join PRO14 on a permanent basis, “and an update will be provided in due time”.

The current PRO14 season ends on March 27 with the finale.