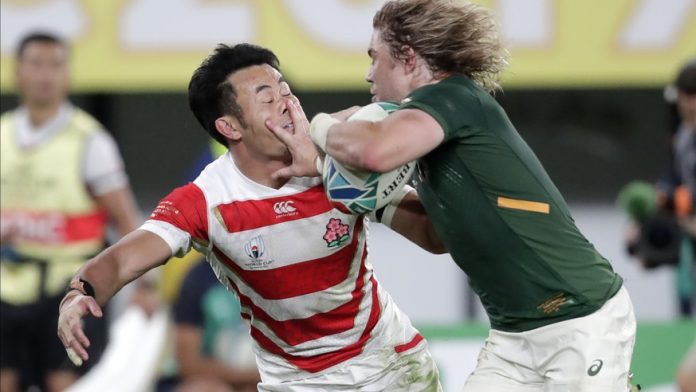 For hosts Japan, the rugby fairy tale ended in the quarter-finals at the home World Cup. The Japanese were defeated by two-time world champion South Africa in 3:26. Next Sunday (20:19 against France) the «Springboxes» will meet Wales in the semi-finals.

The Japanese, who knew how to inspire in their home tournament in the preliminary round with victories against Ireland and Scotland, did not manage another surprise in their first quarter-final game in the 32-year history of the World Cup. Despite a tempting first half (3:5) with too many balls to spare, the Asians had to give up against favorites South Africa in the end. Thanks to three converted penalty kicks and two tries by Hendre Pollard, the 2015 World Cup bronze medalist easily advanced to the semi-finals.

There the duel with Wales will take place next Sunday. The Welsh team finished in the bottom four for the third time since 1987 and 2011 after beating France 20–19 after a tight half-time deficit. The “Dragons” were still 10:19 behind halftime before the game was over after a red card against Frenchman Sebastian Wahamahina due to an elbow strike. Wells took advantage of man advantage to turn six minutes from time after a Ross Moriarty attempt, which was counted on video evidence.

New Zealand and England, the two rugby powerhouses, will meet in the first semi-final on Saturday. The “All Blacks”, as defending champions, are aiming for a third consecutive final against the 2003 world champions. (abu/sda)