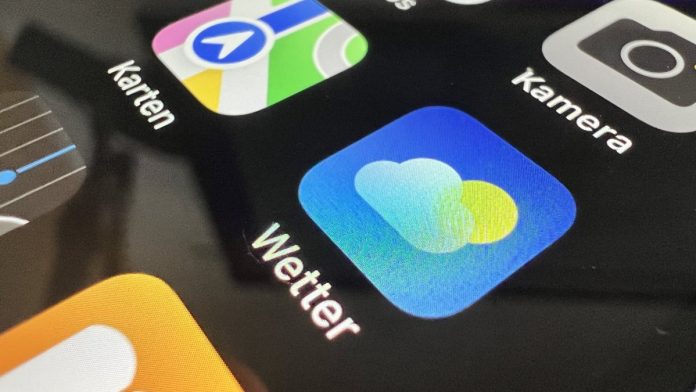 Apple offers developers a new way to get weather data. With the new operating system versions this fall (iOS 16, iPadOS 16, macOS 13, tvOS 16 and watchOS 9) the programming interface WeatherKit will be introduced, which makes this possible. The data can also be accessed for websites and other platforms through the REST API. Apple has now announced how much the recovery will cost.

The good news is that 500,000 views per month are free for registered developers. If you have an Apple Developer Program subscription, which is required to publish apps to the App Store, you need to include this number of API calls, It says in an article in the developer portal, Above this value, views can be subscribed at different prices.

Apple sees its weather service as contributing to greater data security. When launched at the WWDC developer conference, it was emphasized that location data used to retrieve local weather would not be used or sold for any other purpose.

Weather data can be retrieved very easily using the Swift programming language and the new WeatherKit API. In addition to the current weather, hourly and daily forecasts, there is also an option to call up past time weather data. The data package is broken down into several details, including information on sunrise and sunset, phases of the moon, barometric pressure, and more. For websites and apps outside the Apple platform, the REST API is available for retrieval via the web.

Apple’s new weather service predates its Dark Sky purchase. The app with the associated weather service for developers was acquired by Apple two years ago, in 2020. The Android version and the Dark Sky API were soon discontinued or phased out.