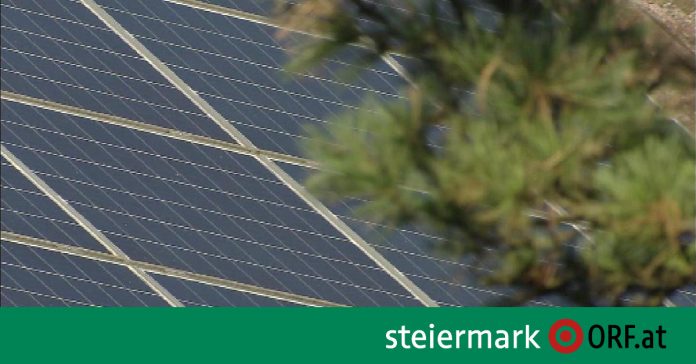 Austria aims to be climate neutral by 2040. And by 2030, electricity should be generated only from renewable sources. It has now been determined what needs to be done in Styria – a massive task.

Generate electricity only from renewable forms of energy – and that by 2030: at the Economic and Space Development Institute of WKO Styria, the necessary contribution was collected from Styria; And it’s huge.

Many wind turbines in demand

Martin Heidinger, a WKO energy expert, describes: “We came to the conclusion that we would have to install 140 more wind turbines in Styria in addition to the 105 already existing. By 2030. And that would be very powerful wind turbines with six megawatts of hydroelectricity. In the region, by 2030 an additional six average power plants will be needed at Moor; and in the area of ​​photovoltaic energy addition systems in an area of ​​approximately 1,700 hectares.”

This is equivalent to the area of ​​approximately 2,500 football fields. According to Herbert Ritter, vice-president of the Styrian Chamber of Commerce, a colossal task – under the conditions of the current framework – will be very difficult to master in the remaining seven years: “Of course we have an acute shortage of skilled workers. In addition, we have in implementation Not only is there a shortage of staff, but we also do not have the full equipment to be able to deal with everything properly in such a short span of time in the offices.

See also  The day has come: Android and Windows users will be able to make FaceTime calls, here's what we show them

“Speed ​​up the approval process in a flash”

Ritter addresses the necessary approval processes – to achieve the goals, “they have to be able to accelerate in a flash. Because, of course, this massive – what are we expanding there – a lot of processes.” After all, it has to be built, put into operation and organized. ” According to Ritter, the basic condition for achieving the goals is a substantial expansion of the electricity grid by 2030.